Secretary of communication: if any collaborator or adviser decided to act with little ethics when buying followers for Lenin Moreno, he did it without knowledge or authorization 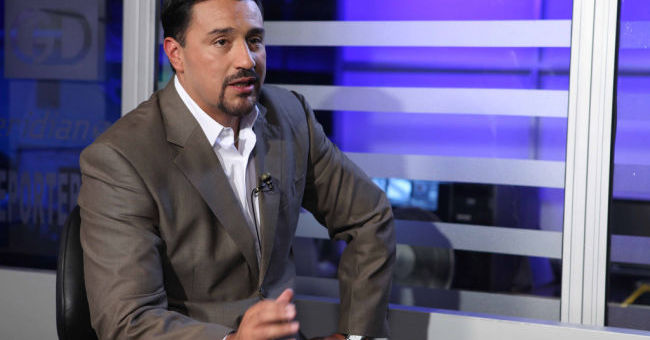 In a communication to Nicholas Confessore, journalist of the New York Times, the Secretary of Communication of Ecuador, Alex Mora, clarified that the President of the Republic, Lenin Moreno, during the electoral campaign, defined the contents, but did not manage the social networks.

“If any collaborator or adviser decided to act unethically when buying followers, he did so without knowledge or authorization, and violating express provisions of the campaign communication team,” Mora said.

In an investigation of the American newspaper New York Times reveals how the company Devumi sells followers of Twitter and retweets to various characters in the world. Among them is the President of the Republic, Lenin Moreno, whose adviser, according to the North American newspaper, would have acquired “tens of thousands of followers and retweets for the electoral campaign accounts of Moreno”, in which he was elected President of the Ecuador.

“Last year, an adviser of the Ecuadorian President Lenin Moreno acquired tens of thousands of followers and retweets for the electoral campaign accounts of Moreno,” the newspaper said in its digital version.

In response to this, the Secretary of Communication, Alex Mora, sent a letter to Nicholas Confessore, a New York Times journalist:

President Lenín Moreno believes that social networks are important because they allow people to develop communication, but they have emphasized its ethical use; that is, with respect and joy, with positive information without affecting the honor of anyone, without appeals to violence and discrimination. For the President, networks are tools to strengthen values and build peace and unity among all Ecuadorians.

With these considerations, he has spoken before the country several times:

On August 3, 2017, through his Twitter account @Lenin, he insisted: “Ecuadorians lets use networks as a mean for peace and unity”, and “We use social networks to build. Let’s be better people in everything and with everyone.

“On August 4: “In the networks, I report what I do and celebrate the triumphs of our compatriots. I will never use them to offend Ecuadorians “and” Honesty and transparency must also be reflected in social networks.

“The Head of State does not agree at all with an unethical management of social networks. In the weekly space of accountability called The Government Informs, in its edition number 23, of November 6, 2017, President Moreno was categorical in demanding an ethical content when affirming that “it does not make sense that we flood the social networks with insults and bad words; It is absurd that we infect our own families and friends with hate, with insults, with attacks much less with aggressions to the private life of those who think differently. For a moment, let’s reflect:

It is important to clarify that, for operational reasons during the campaign, the Chief Executive defined the contents, but did not manage his social networks; if any collaborator or adviser decided to act unethically when buying followers, he did so without knowledge or authorization, and by violating express provisions of the campaign communication team.

President Moreno carries out a policy of respect and dialogue in the political field, which evidences a profound ethical action on his part.

The Secretary of Communication also informed that before the article was published, the response was sent that has not been published by the US media. (I)