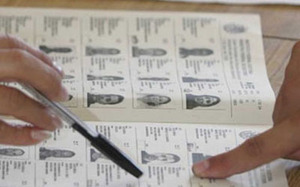 Due to the time pressure, political parties rush the definition of nominations, as the registration period ends this November 21.

The alliance PSC- Madera de Guerrero will appoint their candidates on Sunday. However, yesterday the Mayor of Guayaquil, Jaime Nebot, announced the nomination of businessman Cesar Rohon to the prefecture of Guayas.

While Ximena Ponce, of the regime party, Alianza PAIS, confirmed that the November 16th national convention will be held in Cuenca, where applications will be determined. She also reported that there will be a convention of AP in Pichincha where candidates will be called and then ratified in Cuenca.

The director CREO in Pichincha, Patricio Donoso, said in the last Saturday meeting in the assembly to define the candidates for mayor, prefect, councilors and parish councils, which will later be registered until November 18.

Gilmar Gutierrez (SP) indicated that 50% of candidates would be enrolled in alliance. He denounced that the National Electoral Council (CNE) ignored a resolution of the delegation of Bolivar on the alliance with CREO.

14 days remains before closing the entries of candidates for 2014.