Security protocols will be set for the Guayaquil – Santay bridge 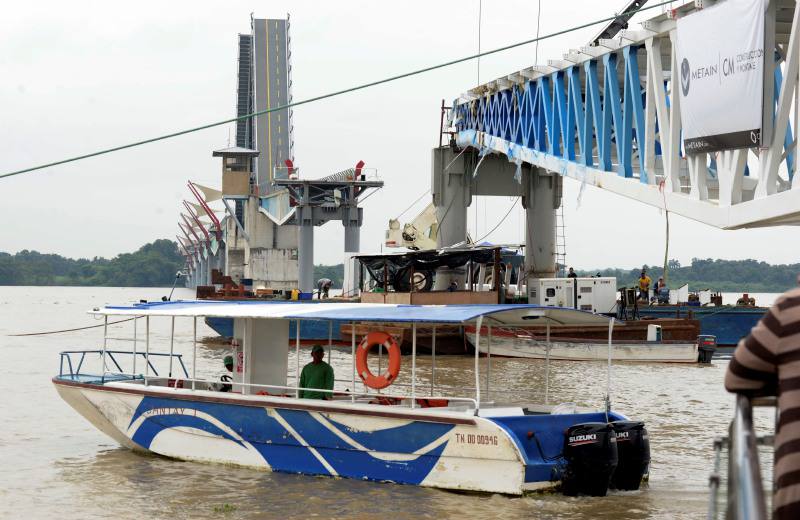 Although at the time the National Directorate of Aquatic Spaces (Dirnea) requested security protocols for the operation of the bridge that connects Guayaquil with Santay Island, on the Guayas River, these were not sent to them.

This was pointed out yesterday by Pontony Zumárraga, legal advisor of that entity, who together with representatives of other institutions participated in a meeting with the governor, José Cevallos, in which they talked about the reconstruction of the stretch of the structure collapsed last October by a fishing ship.

In that meeting, at the foot of the bridge under reconstruction, along El Oro Street, Zumárraga explained to the representative of the Executive that it is necessary that these procedures to guarantee navigation be established with time.

This is due to Cevallos announcement that the reconstructed bridge will be delivered on June 21, just over eight months after the collapse caused by the vessel Patricia, whose owner company will assume the cost of the work: $ 3 million.

Among the procedures for the operation of the bridge, which has a tilting section for the crossing of ships, Zumárraga said that operating schedules should be set to ensure that the passage of the vessels is in optimum tidal conditions.

He also suggested the implementation of signaling for maritime traffic, of protectors to piles near the tilting part and the use of tugboats.

The Dirnea considers these measures necessary to mitigate the risks in the navigability of the area. And that is preceded by the collision last October and an incident recorded on Tuesday, when an Armada ship hit two piles near the swinging part.

On this fact, Cevallos said that of the reports sent to the Government that “has not affected mostly in the piles.”

And regarding the security procedures suggested for the operation of the swing bridge, the governor mentioned that those that can be established in the short term will be immediate.

“The issue of safety standards that should have, the signage; we are going to do all the relevant and convenient topics for the normal development of the bridge in the medium term, “he explained.

These security protocols must be validated by the Dirnea and the Navy Oceanographic Institute, something that would not have happened when the bridge went into operation in 2014, according to the first entity.

In the presence of residents of Santay, who have received four engines, the governor said that with the bridge the roads will be repaired.

Yesterday the Ministry of Housing planned to deliver the administration of the Santay trails to the Ministry of the Environment. The Port Authority would assume the swing bridge. (I)