The debt is firm and causes conflict. Seguros Sucre – made up mostly of public capital – owes Petroecuador more than $ 32 million. The struggle between state entities is long-standing and reached a point of no return. 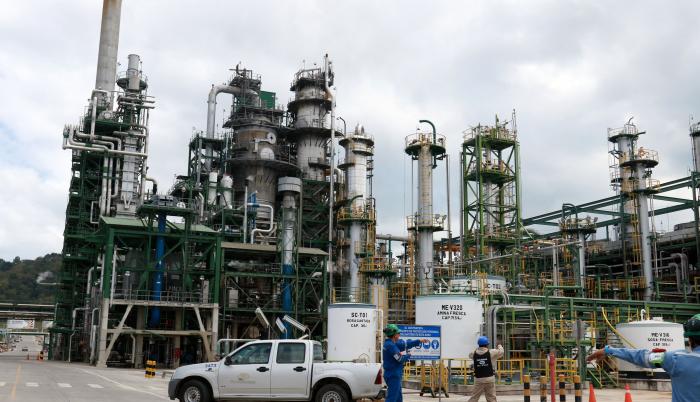 On April 9, the general manager of the oil company, Pablo Flores, sent a letter to the principal of Sucre, Cristian Carpio Carpio, to demand the payment of the 32 million dollars – plus the interest generated – corresponding to a coverage not provided by the insurer more than six years ago.

During the government of former President Rafael Correa, Petroecuador (which was involved in a series of acts of corruption that ended with several managers imprisoned) and Seguros Sucre (who obtained the largest number of contracts with the State directly and without competitions) had a conflict over an accident at one of the oil company facilities. Sucre refused to cover the incident and Petroecuador filed a lawsuit that was filled with appeals and measures to stop the collection.

Even last year, according to documentation accessed by EXPRESO, a mediation process was initiated with the State Attorney General’s Office. The process No.0587-DNCM-2019-QUI also failed.

Flores, in his letter, recalls that the legal resources were exhausted and there is no other option but to pay. Failure to do so, warns the oil official, the state will initiate new legal actions to “safeguard the interests of the public hydrocarbon company.”

The situation is even more complex because Petroecuador and Sucre have businesses together. Until a new contest is held for the contracting of an insurance policy, the oil company has a current agreement with Sucre. The last extension of the current contract will end on June 15 of this year.

This newspaper learned that this period could be extended even more because the last attempt to change the supplier was canceled by the National Public Procurement Service (Sercop). That entity recommended, last Tuesday, that the hiring of a new supplier not continue . Petroecuador expected to change insurers after years with Sucre.

Why was the elimination of the contest ordered? Seguros Sucre made a series of criticisms of the award that Petroecuador was carrying out because it felt that it was being discriminated against by the oil company. The Sercop, whose opinion is mandatory, accepted Sucre’s claim. This allowed the insurer to guarantee another month of extension of the current contract.

Petroecuador, by order of the General Comptroller of the State, cannot leave its assets and assets unprotected and without insurance. With Sercop’s decision, Seguros Sucre is obliged to continue maintaining the contract until June of this year.

In consultations about the situation with Petroecuador, the public capital insurer, Sucre, stated that it does not give any statements in this regard. The company was questioned about the number of contracts it has with the State.

Contracts with the State

Sucre was awarded, during the health emergency, a contract with the Presidency of the Republic for $ 236,000. Sucre’s original contract with Petroecuador, without counting on the constant extensions, exceeded $ 30 million.

On Twitter, former President Gustavo Noboa questioned Petroecuador’s re-delivery of his insurance policy to Sucre. The process, however, did not prosper due to Sucre’s claim that denounced anomalies in the contest.