Carmelina Albarracín from Cuenca is concerned that her husband, Carlos Rivera , who resides on East Hampton Long Island (New York), has been in home isolation for more than two weeks and cannot work. He worked in a construction company. 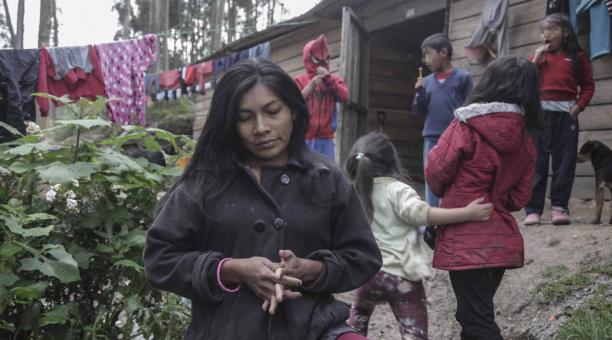 Rivera, in the last five years, has become accustomed to sending USD 130 a week for the support of his four children and his wife. But due to the worldwide covid-19 pandemic, it no longer sends that money.

This situation afflicts Albarracín , because only his eldest daughter works, while the second does not get a job and the two youngest are still studying. She regrets that her spouse also requires money for food and to pay the rent for her apartment .

During the past year, Ecuador received USD 3,234 million for remittances, according to data from the Central Bank of Ecuador. Due to the effects of the coronavirus, the Government estimates an initial reduction of about USD 570 million this year. This provision was contemplated in the proposal for an Organic Law on Humanitarian Support to Combat the Sanitary Crisis Derived from covid-19 , which was sent to the Assembly.

This document indicates that the decrease could be deepened with the downward adjustment of economic growth in Italy, Spain and the United States , which are the three main destinations of Ecuadorian emigrants.

According to economic analyst Rodrigo Mendieta , in recent years remittances have increased because immigrants have helped their families with more money to face the economic crisis in Ecuador.

Mendieta explains that now the emigrants , when they stop working for the quarantine, have stopped sending or reduced the amounts because they must remain without income.

Furthermore, they must prepare for unemployment. In the United States alone , more than 22 million people signed up for the unemployed to receive a subsidy. The most affected sectors are hotel, manufacturing, retail and construction, according to that government .

For Mendieta, remittances are of vital importance to the economy because together with exports, foreign investment and indebtedness, they represent the main sources of money income to sustain dollarization.

William Murillo is director of the organization 1800migrante.com , and resides in New York. According to him, the majority of Ecuadorian migrants are illegal, so they will not receive help from the US government. and they will not have money to send.

An example is the azuaya Clara Barahona , who has lived on Long Island ( United States ) for 14 years. She sent USD 300 more than a month ago for food and studies for her three daughters, who live with their grandparents in Cuenca. Since then, he has not sent money because he cannot go out to do his cleaning tasks in homes.

Jacinto Castro is unemployed in Cuenca. He asks God for the health emergency to end because his father lost his job in New Jersey and stopped helping his family.

For that very reason, Gricelda Nurinkias is concerned. Her husband Ángel Jaigua, who arrived in New York seven months ago , stopped working in a restaurant. The shuar, who lives in Cuenca, says that before quarantine she sent money for her children and debts.

Ecuadorians living in Spain go through similar problems, says Rosa Castillo, 50. He has lived for 12 years in the city of Bilbao. “People who work in a home caring for the elderly do not have problems, but we do those who worked for hours.” She sends USD 1,000 each month for the support of her family in El Oro and to pay a bank loan.

But now she has complications to do it, because remittance companies in Spain only work a few hours and “you can’t leave work”. Two weeks ago he managed to send USD 700 because he kept some money for any health emergency .

Tania Romero emigrated 15 years ago from Puyo and is based in Bilbao. He sent $ 500 a month for his mother’s medications and to pay off a bank loan . He worked part-time in a nursing home, but now he cannot do it as a precaution and to avoid contagion from inmates. “I have little savings to keep me here.”