Selection of police officers candidates will be more rigorous 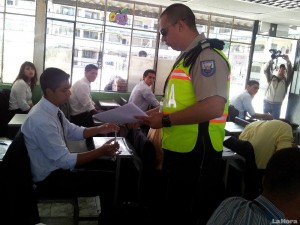 Yesterday, through a press release, the National Police announced the implementation of mechanisms to prevent the entry of “bad elements” into its ranks. That is why the decision to perform more tests for new applicants has been taken.

General Rodrigo Suarez, Police Commander, said they have planned to implement toxicology tests in hospitals, to detect whether an applicant is a consumer of alcohol or drugs. “There is always a pre-admission process in the police, but we are improving the evaluation systems”, said Suarez.

Javier Cordova, Deputy Minister of Domestic Affairs, said that the Police Inspectorate has all the tools to apply toxicology tests and these were not performed before because they had not the equipment required.