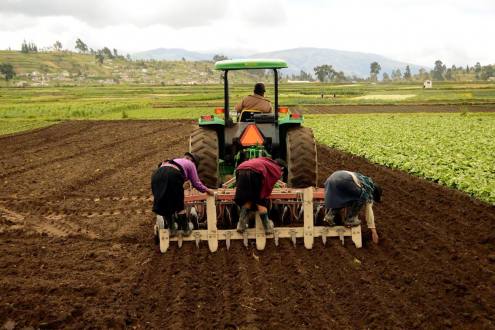 The National Water Secretariat (Senagua for its Spanish acronym) will face around 25 monthly water conflicts, as reported through an e-mail. According to the Water Resources Law approved by the Assembly, these conflicts shall be resolved by the Single Water Authority (Senagua), as provided that the act is not an offense or contravention.

When the debate on this bill was started four years ago, the Senagua reported that 44,000 outstandig processes were inherited of the late Water Resources Council. These were illegal conflicts arising from water intake.

Mauricio Proaño, Commission Vice-President for Food Sovereignty in the Assembly, explained that the Senagua and the Agency for the Regulation and Control of Water (ARCA for its Spanish acronym), a new entity created by law, will resolve the conflicts.

The ARCA will have among its attributions to handle, investigate and resolve disputes arising between members of the sector and citizens.