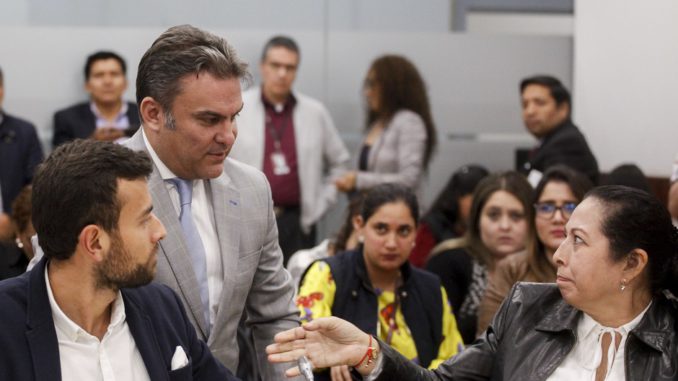 Assemblyman José Serrano has revealed today before the commission investigating the assassination of General Jorge Gabela that money was found on behalf of the prosecutor who was handling the case.

Serrano acknowledged that three reports were delivered but mentioned that when the final report was delivered he was not a minister of justice. “As far as I know, it was Minister Lenin Lara who received the final report from the expert Roberto Meza,” said the former minister.

“One of the irregularities that most caught my attention is that deposits of money were found in an account to the prosecutor of the case. They were not simple deposits but in parallel in those days the wife of one of those involved in the murder had also made retreats. The two things were too many coincidences. This was one of the issues that caught my attention when we investigated, “said Serrano.

Serrano, after being consulted by Assemblyman César Rohon, on whether he remembered the name of the prosecutor in which money deposits were found, said that it is the prosecutor “that the current council of the judiciary put him as prosecutor in charge of the Guayas. I think it’s Astudillo’s last name. ” (I)