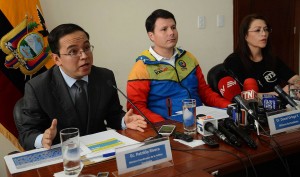 The $ 41 million that according to the Government the Ministry of Environment (MAE) paid in “excess” to the Institute of Social Security of the Armed Forces (ISSFA) will be deducted from the $ 260 million owed by the state.

Environment Minister Daniel Ortega ratified his decision to apply the resolution of the Prosecution Office $ 41 million would be retained, which is the result between the amount canceled by the MAE for the purchase of land and the valuation of the Municipality of Guayaquil.

The Samanes case: unfulfilled tenders for the military