Seven investigated, by contracts of the Ministry of the Interior 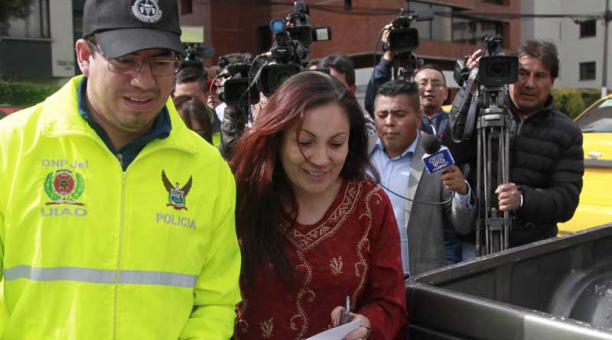 The Prosecutor’s Office exhausted the 120 days that it had to investigate the alleged acts of corruption that were registered in the Ministry of the Interior in 2014.

Now, the prosecutor Galeano Balcázar must present, in a preparatory trial hearing, the evidence collected in these four months of diligence. There are currently seven people prosecuted for possible illicit association under the concussion modality.

There are three ex-officers from the Ministry of the Interior, a foreigner, a contractor, a former Assembly official and a civilian.

According to the Prosecutor’s Office, they would have participated in a network that asked for money from companies in exchange for awarding contracts with the Secretary of State.

The investigators identified possible irregularities in the acquisition of vehicles and of 150 horses for the Police, in the change of mileage of other cars and in the purchase of vests and ammunition.

Those contracts have already been analyzed by the Comptroller’s Office. The report will be presented at the trial preparatory hearing, scheduled for April 18, 2018.

This file was activated on November 2, 2017. At that time, the investigations pointed to four defendants; Attorney Claudia Romero was in charge of the process.

That day, the investigator requested the preventive detention for the suspects, but a judge denied the request and only ordered that the four inquirers appear each week.

The same happened with the other three defendants who were linked in February 2018.

Currently, four people continue to appear periodically before the authorities; a fifth inquired no longer does so by judicial order; and for two others there are arrest warrants because they failed to comply with the alternative measures.

According to the court file, the two defendants who left the country are the former administrative director of the Ministry of the Interior and his wife.

On March 12, Pedro Crespo, one of the couple’s lawyers, assured this newspaper that he does not know the reasons why they stopped showing up and does not know the whereabouts of both. However, he clarified that he will attend the trial preparatory hearing in April.

During the investigations, prosecutor Romero revealed that in the records of the calls of the former official and his wife, conversations were identified with the former administrative coordinator of that Secretary of State. She is not prosecuted for this case, but has been cited in the file.

In fact, the Office of the Prosecutor requested the arrest of the former staff member and her husband for investigative purposes. That request was not fulfilled because the couple had already left the country.

His lawyer, Diego Chimbo, indicated that they “were never prosecuted or linked in the investigation” and, therefore, cannot be considered fugitives.

But on March 2, the prosecution, through a court document, warned that the former administrative coordinator could incur a crime of influence peddling. And he requested that the ex-employee be formally investigated.

Chimbo has pointed out that this does not mean that his client is responsible for any crime, but that the Prosecutor’s Office is tracking all the facts surrounding the apparently irregular contracts. This new inquiry is not the only one that emerges from the process due to unlawful association. There is another cause for an alleged intimidation of Attorney Romero.

The agent denounced that she allegedly suffered threats after activating the judicial file last November.

At the arraignment hearing, Romero told the judge that she was intimidated to dismiss the ex-coordinator of the Ministry of the Interior from the case. “I leave evidence that this authority has suffered two attacks (to) leave out the former staff member, her husband and a former financial director of that Secretary of State.”

After denouncing the alleged intimidation, Romero left the case on November 16, 2017 and in December it was sent to the Citizen Heritage Unit of the Prosecutor’s Office. With the departure of the prosecutor, the process passed into the hands of Galeano Balcázar, who finished with the fiscal instruction and now will present his theory about the facts investigated.

The investigator will also display SRI reports and bank accounts that have been made to the suspects. This file was activated based on a complaint from a contractor.

On November 1, 2017, the Office of the Prosecutor received a complaint from a contractor from the Ministry of the Interior. The employer indicated that officials demanded payments for adjudications. Three days later, the Comptroller’s Office announced that it would audit the negotiations. (I)