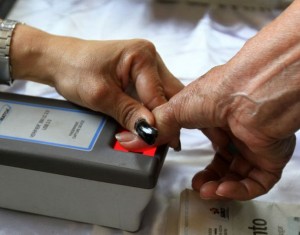 The proposal to install a biometric system or fingerprint readers in stores to prevent smuggling, by the Venezuelan President Nicolas Maduro has been rejected by opposition and consumers.

The president announced on Wednesday installing fingerprint readers in public and private businesses to prevent smuggling of consumer staples, amid a campaign to combat smuggling.

For the president of the National Alliance of Consumers and Users (Anauco), Roberto León Parilli, the measured load on the presumption of guilt citizens instead of emphasizing the responsibility of the State.

“Smuggling is area of prevention of state, is the state that has to prevent smuggling, punish and control crime, but not at the expense of the rights of citizens,” told Parilli.

Subsidized basic consumer items prices in Venezuela have encouraged smuggling to Colombia that according the Government, reaches 40% of imports and purchases that made ​​Venezuela to supply its market.