More than 90% of the non-oil exports that go to China are concentrated in about ten products. The main items that go to this market are shrimp, bananas, raft, mining products, articles of wood and cork, fish, fishmeal, cocoa, other fish farms and flowers. 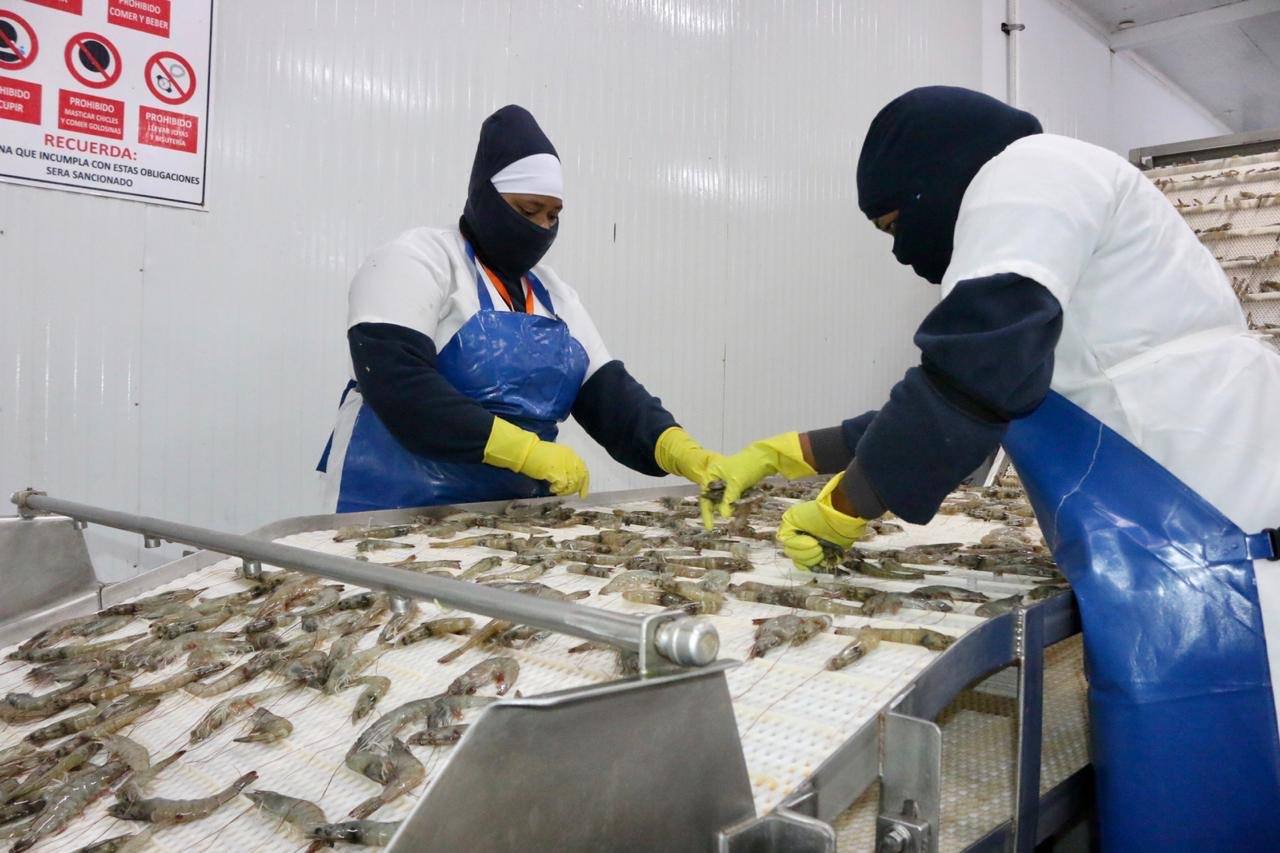 During the 2019 period, non-oil exports from Ecuador to China were for an amount of $ 2,635 million and imports reached $ 3,341 million. Hence, there is a negative non-oil trade balance in the amount of $ 706 million.

According to data from the Ministry of Production , China was the number 3 destination for Ecuadorian non-oil exports to the world, and also ranked number 2 for the country’s agricultural and fisheries exports.

Shrimp and banana shipments until last year were on the rise, but the COVID-19 pandemic brought changes in consumption and in biosecurity controls in the Chinese market.

The latter generated problems for Ecuadorian shrimp exporters, which led in July to a suspension of three establishments after traces of COVID-19 were found in containers. And although the suspension was lifted, shipments are not recovered. Two consecutive months have been down.

The records of the National Chamber of Aquaculture indicate that in August exports to China generated $ 62.58 million, a drop of 68% compared to the same month in 2019. In pounds, the fall was 63% in the compared period. In July, the decline was 79% in dollars and 76% in pounds.

Although it does not have a similar decline in the shrimp sector, the Ecuadorian banana has not escaped a contraction in shipments to China. In the first half of 2020, there was a 9.2% reduction in the volume of exported boxes compared to the same period in 2019.

In the case of bananas, there are other factors that add to the drop in shipments. José Antonio Hidalgo, executive director of the AEBE, assured that the decrease in the Asian market is due to the fact that this year China has increased its banana production and there is strong competition in Southeast Asia.

China is the second largest banana producer in the world, but imports fruit to meet its domestic demand. Ecuadorian bananas pay a 10% duty, as there is no trade agreement with China that improves access conditions. “If we consolidate our position with the Pacific Alliance, in the future, Asia is what should be seen,” he said.

Richard Salazar, executive director of the Banana Marketing and Export Association, indicated that China produces its production from May to August and its main supplier is the Philippines, followed by Ecuador. The country buys more bananas in the winter. “The competitive advantage of Ecuador’s bananas is that despite the transit of more than 30 days, it still arrives green due to the country’s climatic conditions,” he said.

The Ministry of Production indicated that it is working technically to open the Chinese market for more agricultural products that can be exported, complying with all protocols and technical standards.

Negotiations to access that market at this time, for example, are concentrated in pitahaya.

Alejandra Vallejo, commercial manager of Pitavit, a firm that exports the fruit, asserted that a commercial agreement would be conducive to shipping the yellow dragon fruit. “They have pitahaya, but the red one, that’s why they demand the yellow one,” he said. (I)

Epidemiological week ended with a considerable decrease in infections