Shrimp farmers will have insurance, according to the MAGAP 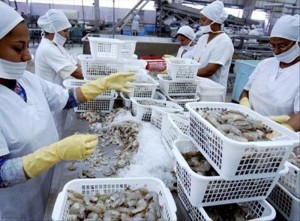 The shrimp industry, including producers, exporters and other components of that chain will be able to insure their goods, including biomass (shrimp), through the Sucre insurance company.

This was reported yesterday in Guayaquil by the Minister of Agriculture, Livestock, Aquaculture and Fisheries (Magap), Javier Ponce, during the launch of the Production Insurance Program. Ponce explained that a number of insurance policies that respond to the needs and realities of the shrimp industry were established.

“The policies will be covered insofar they specify, in that sense it is open,” said Ponce, who said he will seek to complement the insurance with credit lines for the sector, through Ban Ecuador which will be operational since January.

On the Insurance coverage it was reported that this includes the walls, pumping stations, generators, aerators, houses wineries, laboratories, merchandise (shrimp) and other assets.

Police officers will be discharged