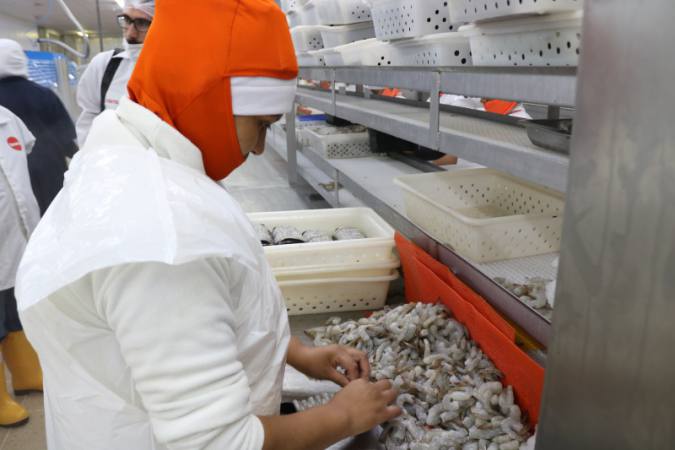 Between 15 thousand and 20 thousand tons of shrimp project this year to export twenty Ecuadorian shrimp companies to Brazil, a country that once again allowed the crustacean to be imported from Ecuador and other producing countries after 19 years.

The entry of Ecuadorian shrimp to Brazil was released on August 15, 2017, through the decision of Judge Kassio Nunes Marques of Brazil, who dismissed the objections of the Brazilian Shrimp Farmers Association (ABCC), recalled ProEcuador, the entity that managed the opening in conjunction with the National Chamber of Aquaculture (CNA), the Embassy of Ecuador in Brasilia and the Ministry of Commerce and Investment (MCEI).

These institutions, explained the Institute of Promotion of Exports and Investments, through various actions and technical procedures, demonstrated before the Ministry of Agriculture and Supply of Brazil (MAPA), the quality, health and good practices of the national shrimp, and after almost six months of procedures the first shipment of 10 thousand kilos was received.

The product came from the Ecuadorian company Santa Priscila and arrived in Brazil on February 16 last to Mar & amp; Rio Pescados, a company located in São José do Rio Preto, which according to the state entity would be preparing an upcoming purchase of 25 thousand kilos.

The president of the CNA, José Antonio Camposano, said that the opening of the Brazilian market began to be managed since 2013 with the completion of a study to know the state of that market.

“Because it was useless to insist to enter a market where there was full supply,” said the leader.

The study concluded that Brazil had an increasing demand for shrimp and that local producers were unable to supply the entire product.

To date, according to the CNA, the Brazilian deficit is between 45 thousand and 65 thousand tons of shrimp per year, which according to Camposano, Ecuador – which in 2017 exported 940 million pounds of shrimp to the world – is able to cover , although he maintained that other producer countries will also access the Brazilian market.

For this, he mentioned that there are twenty Ecuadorian companies registered with the Brazilian Ministry as authorized establishments to export to Brazil, eight of them have already met the labeling requirement and are already able to negotiate. (I)