BREAKING NEWS
Floriculture sector loses $ 1.5 million daily due to the health crisis
Barrel of oil ends March with the largest monthly loss in history
Coronavirus: Eight dialysis centers at risk of closing due to non-payment of Finance and Health
There are 450 bodies to be collected in Guayaquil and Lenín Moreno offers a decent burial
‘Zoom’ leads video calls for remote work in Ecuador
Ecuador uses gold to obtain USD 300 million of liquidity
Coronavirus in Ecuador: 1,962 confirmed positive cases
Ecuador suspends authorizations for humanitarian return flights
Ecuador: Restriction for the circulation of private vehicles from Saturday 28
Amazon closes borders against pandemic

The Ecuadorian florist BellaRosa received the silver medal in the “Cut Flowers” ​​category in the eleventh edition of the AIPH International Producer contest of 2020 organized by the International Association of Horticultural Producers (Aiph), this Tuesday, January 28 . 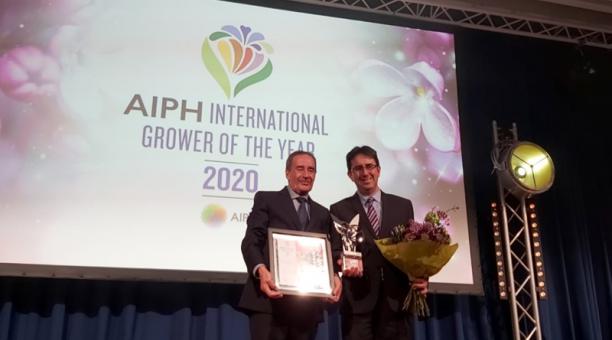 This is the first time that an Ecuadorian firm ranks among the ten finalists of this contest and manages to get second place. In this competition, the Aiph seeks to recognize the best practices in horticultural production by nurseries of ornamental production throughout the world.

The company stressed that this achievement was possible thanks to the commitment they have to help the environment with projects such as carbon monoxide reduction by replacing tractors with electric cable cars for the transport of flowers .

In addition, it has the program of integral health and occupational safety that makes available to workers a fully equipped lactarium for the storage of breastfeeding mothers’ milk and medical attention during working hours available to the 600 employees.

The firm Hasfa won the competition .

These are the first 2020 issuers in the Stock Exchange

Floriculture sector loses $ 1.5 million daily due to the health crisis