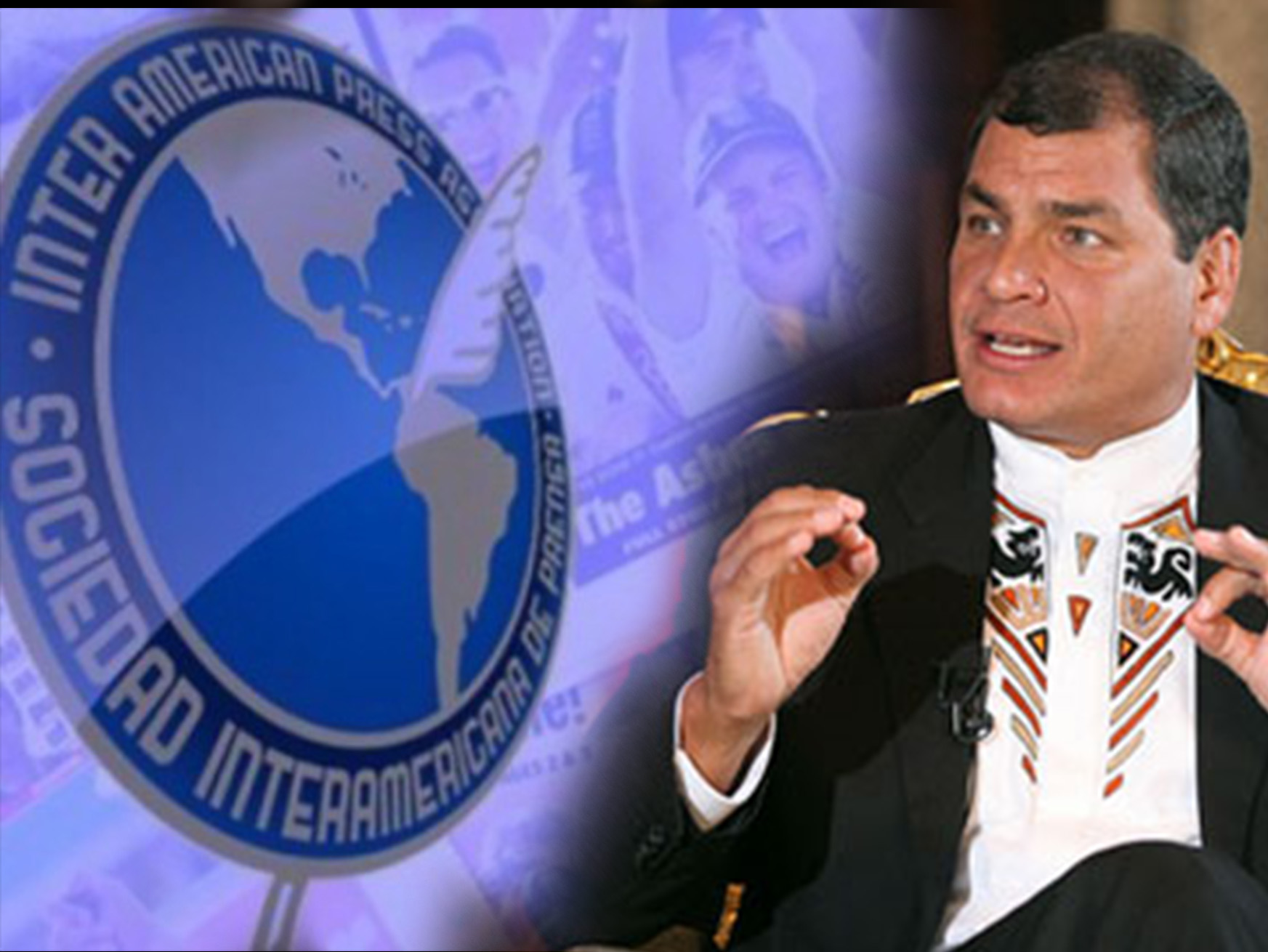 The Inter American Press Association (IAPA) decided to “denounce before the international public opinion” that in Ecuador “all guarantees of freedom of expression in all spaces and the media of the country have been lost.”

Yesterday, the institution submitted the conclusions of its midyear meeting, on day four of work, in Punta Cana, Dominican Republic.

In the report on Ecuador they ‘denounced’ that President Rafael Correa “is a bigot actor who availed himself of the power granted by his condition of head of state, in his public appearances constantly attacks on journalists and media, thereby, he has dangerously degraded the freedom of speech, press and expression in the country.”

The SIP demands that the Government “ceases the attacks against journalists, editors and the media.”

He also expressed his rejection to criticism of the regime towards the IAPA and the Inter-American Human Rights System.