The Government has advanced this year with changes that make more flexible and lower the costs of hiring labor in the private sector . 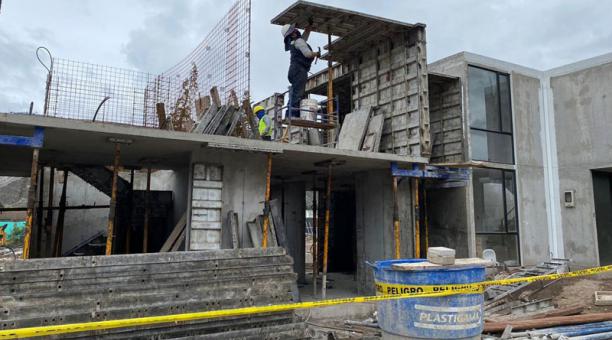 One of the steps was the creation of a special emergent contract, through the Humanitarian Law in June.

Another change was the amendment to the contract by line of business created in 2015. This approach, whose term is tied to the time duration of the work or service required, it is restricted to strategic activities, but last July was extended to all productive sectors from the country.

Four new modalities are expected to come into effect this week: productive , tourist and cultural , entrepreneurship and for young people .

Due to the application of the emerging contract and the business line , the Ministry of Labor reported 38,507 new individual contracts between June 22 and October 22. For the first, it was 25,522 and for the second, 12,985.

The Government asserts that these figures show that the new tools have been useful and have slowed down the deterioration of employability amid the pandemic.

The country faces a labor outlook in which five out of every 10 employed people are in the informal sector, and only 3 out of every 10 have a suitable job, according to figures from the National Institute of Statistics and Censuses (INEC), with a cutoff until September of 2020.

Against this background, the Minister of Labor, Andrés Isch , affirms that the modalities seek to reduce informality and adapt to the new conditions of the economy . Unlike other mechanisms created in this same Government , now there will be no additional surcharges.

Yesterday, October 27, 2020, the State Portfolio had a talk with representatives of business sectors, with whom they advanced details of the productive and tourism and culture contracts .

There are several aspects in common between the new figures. For example, they will allow the employer and the worker to agree on days and days of rest, “in order to adapt to the needs of business in the country.”

In addition, they will have a maximum duration of up to one year; productive and tourist contracts may be renewed for one more year. If there is a unilateral termination before that deadline, the employee will receive a proportional eviction, which generates savings for the employer, who will no longer pay severance pay.

Another feature is the flexibility in the day . In the productive contract there may be consecutive days of up to 20 days or 7 days, with 48 hours of rest for every 5 days. In the tourism sector, it may be up to 70 consecutive days and without the costs of traditional options, such as temporary or discontinuous contracts , in which the employer pays a 35 or 25% surcharge.

For this, the additional procedure for the approval of special hours will not be required, which means saving time with respect to the procedures that other work alternatives demand today .

Although Isch communicated that the modalities will apply for new hires, he expressed that the norms are compatible with the Humanitarian Law , in the sense that agreements can be reached between employers and current workers.

Employers welcome the initiatives and see them as an effort to facilitate job creation and simplify procedures and costs.

Xavier Sisa, legal director of the Chamber of Industries and Production (CIP), commented that the changes have paid to facilitate hiring and observes that the new figures are emerging to meet one of the most recurring requests: that the contracts are adapted to the temporality of the different areas. Tourism and agriculture can be more profitable.

According to the construction union , the production contract would help cover very specific tasks. “For example, in a project someone is required to glue the ceramics of the house, the person glued the ceramics and then had nothing else to do, so, in general, that employee was not with a contract, but in informality” , explained Leopoldo Ocampo, head of the Construction Chamber.

For the Central Unitaria de Trabajadores (CUT), it is worrying that the Ministry has not consulted the opinion of the unions.

Richard Gómez, spokesman for the CUT , criticized that the new contracts do not include a restriction to avoid a labor migration that affects current workers. Facing a labor reform, he said that it is necessary to reach consensus; that employers commit to reinvest in the country and not only adjust the regulations for employees.