The Seventh Criminal Court of Pichincha has issued a written decision confirming the one from last August 1, which sentence six policemen to 12 years imprisonment over attempted murder against the President of the Republic Rafael Correa during the events the September 30, 2010 (30-S).

At the adjudication hearing, unanimously, the 6 policemen were convicted as perpetrators. The prosecutor, Gustavo Benitez, supported his allegation with 51 witnesses and 38 exhibits, including reports of expertise consisted of audio and video, versions from police and soldiers who participated in the rescue operation the Chief Executive, photographic sequences of those involved in the crime scene, among others.

Article 224 of the Penal Code states that the assassination attempt against the President of the Republic or the person in charge of the executive branch, shall be punishable with rigorous imprisonment of 8 to12 years. 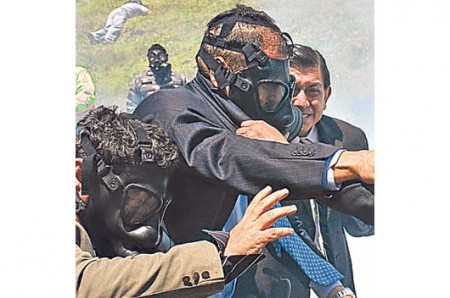 Superintendency of Banks and Insurance raises a return of funds