Sofia Caiche: “I will fight for the single mothers” 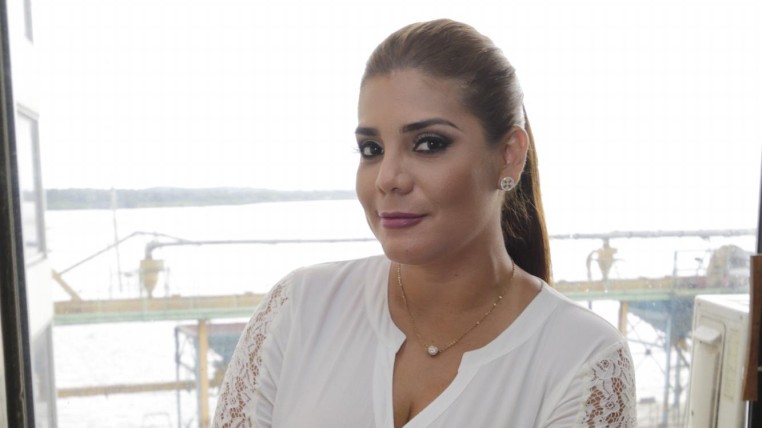 Sofia Caiche, candidate for Legislator of District 2 of the province of Guayas for the Adelante Ecuadorian Adelante party, was interviewed by Daily Expreso.
Her days begin at dawn and end at night.
Thus, Sofía Caiche works hard during the electoral campaign she perfectly combines with her role as a mother and as a college student.
– Why did you decide to run for Legislator?

– I have been proposed to belong to a political party twice, but then I felt in my heart that it was not the time. Last year I decided to enter the political arena after meeting with Alvaro Noboa, and I accepted the nomination as long as I had the freedom to make decisions. I’m two months away from getting my bachelor´s degree, and I think it’s time to be able to serve and start changing the concept people have of TV personalities. I’m taking law classes and getting ready to fulfill the duties of an Assembly member. If I have the opportunity to occupy an important position, why wouldn´t I help others?. I know it’s going to be complicated, and I’ll have roadblocks, but I’m willing to die trying, instead of remaining idle.

– What projects do you plan to take to the Assembly in case you win?
– My proposal is addressed to single low-income mothers, who have three and four children and who suffer from physical and psychological abuse. My project involves access to micro-credit, enabling them to start a business and work from home, without neglecting their children. They will also be able to open laundries, shops or sewing workshops.
– What is your opinion about the Communication Law and what do you propose about it?
– The gag law must be reformed because it is not possible that citizens can not freely express themselves. We are in a democratic country.
– Is there any other bill that you consider must be reformed or repealed?
– It is necessary to repeal the law that created the chart of consumption of drugs. This has significantly affected the young people of the country; It should have never been passed. The Law on Higher Education must also be reformed because, as a student, I have suffered from the obstacles imposed by this, which prevents many young people from being able to choose the career they want to study or have to wait a year to be able to take the test. The State has the obligation and the duty to provide them with a quality education.
– If you reach the Assembly, where would you direct the audit?
– To this day I do not understand the functions of the Ministry of Good Living and, therefore, I think we should propose a reform of the structure of the executive branch. In my opinion, there has been a waste of money when that money could have been used to meet other citizens´ needs.

A rainfall of requests for the Odebrecht bribes

The Church calls for awareness in the elections and criticizes corruption