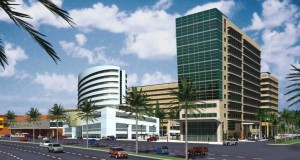 Sonesta hotel will be ready to open its doors in April. The building is next to Mall del Sol and it will have more than one hundred rooms, it is part of La Gran Manzana, promoted by Pronobis consortium.

About $ 20 million were invested in the building of Sonesta hotel, the final details will be finalized this month.

La Gran Manzana, composed by the Sonesta hotel, Elite Building (apartment building) and Trade Building (offices) will open between April and May.