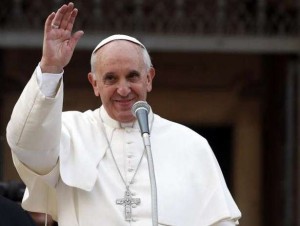 The pope Francisco will travel to South Korea from August 14th to the 18th in order to participate in an Asian Catholic youth festival, informed the Vatican.

The announced trip will be the second abroad of Francisco this year after his brief visit to Jordan, Israel and the Palestinian territories in May.

Francisco told reporters, at the middle of last year when returning from a trip to Brazil (his first international tour) that he wanted to go to Asia because Pope Benedict XVI could never do it, excepting a brief visit to Turkey in 2006.

It will be the first time in 20 years that a pope visits the Korean peninsula. The Pope John Paul II canonized 103 Korean martyrs in 1994, it is expected that Francisco beatify 124 more martyrs during his visit.