Speculation revives the debate of “a new law” 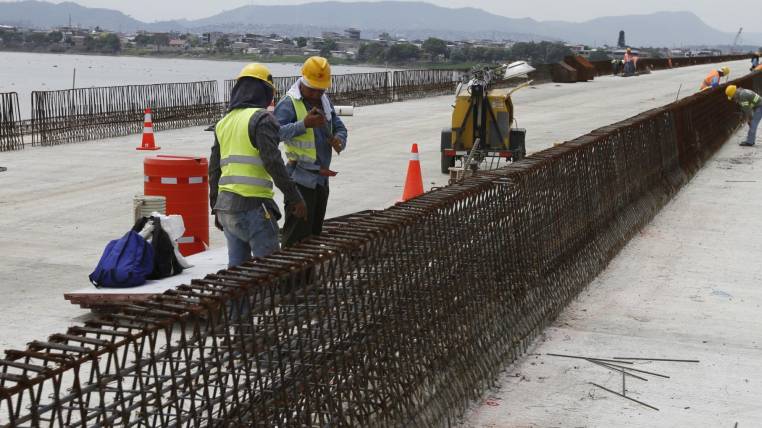 At least both sides agree. After the popular mandate of last Sunday, to repeal the Law of Goodwill, the Government and private builders are clear that in the country is pending the task of controlling the price speculation of the land; however, they differ again in how to do it.

For the representatives of this sector, new rules such as those proposed by the Government are not required, but to enforce existing ones and correct the state bureaucracy that influences the restriction of supply and the increase in prices. The announcement of the Minister of Justice, Rosana Alvarado, and the confirmation of President Lenin Moreno himself, to be working on the repeal of the Goodwill Law, but also in “a new proposal” that helps to control the excessive increase in prices of the land and the work of the real estate sector, made the representatives of the sector meet in Guayaquil to publicly express their rejection.

They do not conceive that the Government wants to replace a law that originated a crisis of supply and sales in the real estate sector and that caused its Gross Domestic Product (GDP) to fall close to $ 1,500 million last year and to lose 81,000 direct jobs throughout the productive chain of this sector, which includes the stores that sell construction materials.

Enrique Pita, president of the Chamber of Construction of Guayaquil, and Jaime Rumbea, executive director of the Association of Real Estate Developers and Housing of Ecuador (Apive), argue that in the country there is already the Law of Land Use and Control, at your discretion, it applies half.

They say they are not against supporting a reinforcement of controls, but as long as they do not create a new law that affects real estate transactions in the private sector. One way to start is by correcting some processes within the public sector. They explain that the State, as the largest holder of land at the national level, is the one that has been generating a supply restriction of land that can be used for housing construction; to this the bureaucratic procedures of the Municipalities are added to approve the construction of urban projects that increase time and cost.

The results of the Sunday consultation can be provided for an interpretation. The Government can claim that the Ecuadorians asked to repeal the current Goodwill Law, but that this does not necessarily rule out creating alternatives.

I do not think there is room for analysis or omissions, what corresponds is to obey what the Ecuadorian people asked at the polls: the law be repealed, when that is done, other rules that do control speculation will remain in force, through the taxes that the State, municipalities, provincial councils can charge when a private work is raised in prices for the effect or benefit of a public work (parks, roads, neighboring services). Therefore, the repeal of this law does not leave in defenselessness to the State to control the speculation on the land.

Maybe the government thinks that is not enough …

That is the argument that the authorities can use, but how far can we stretch the law to do it enough? This famous Goodwill Law directly affected the transaction of real estate, departments and old houses of construction and established a penalty for the gains obtained by the surplus value, which is not the same as speculation. That is what worries us.

What resources currently exist to control this speculation?

Would you support another alternative to reinforce that control?

An alternative would be to charge more taxes (to those who have these lands unbuilt), in such a way that they have to sell them, at a given time and do not have land for fattening. The punishment would be for the owner of the land that benefits unjustly, but not for all. But what we are asking is that you start by enforcing the rules that already exist. Applying a new standard would generate more distrust and discourage the recovery of the sector.

You agree to control the speculation but without affecting the private activity, what proposal do you have to direct this?

There are instruments that are used all over the world and that exist here, but they do

not apply. The Land Use and Land Management Law has a whole chapter that talks about speculation, but they want to tell us about an implicit price control like the one proposed in the Goodwill Law. The private sector cannot invent prices, speculation does not come from us.

How does it originate?

The Goodwill Law was a political weapon of Rafael Correa to cover his inability to solve a problem of housing deficit. He offered that 2016 was the year of housing, but sometime later, when he saw no results, he begins to distract the issue and blames it on the private sector (to benefit from extraordinary profits).

Its policy was based on overregulation and that, together with land grabbing and bureaucracy, are the main generators of informality and housing deficit in the world. Authorities of the Brazilian government itself discovered that they were the ones who created the favelas due to their own restriction and bureaucracy.

Is that something that repeats here?

The Ecuadorian State is the largest landowner in the country, there is no one to compare it with. It is enough to see the real estate assets, the assets of the Ecuadorian Institute of Social Security (IESS), without counting on what the Armed Forces have. We must recognize the effort that is now being made with the “Casa para Todos” e “Inmobiliaria” program, to cede these lands, but imagine the effect on the market if all these properties had been used in housing construction at the price that the State You can assign them.

The way to put more offer of social housing is putting those properties in the market in the best conditions and make the municipal procedures for the construction of works are not so bureaucratic. Currently they take a year, year and a half or up to 8 years as has happened in the Municipality of Quito. That restricts the formal offer and influences prices. (I)