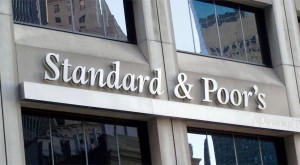 Standard & Poor’s, a rating agency, declared Argentina today in “selective default”, after beating yesterday the deadline for the payment of the debt with creditors of restructured bonds for 539 million dollars.

The agreed value with creditors who accepted the bond debt restructuring was sent from Argentina to New York, but some of the $ 1,031 million deposited were blocked by the judge who ruled in favor of the hedge funds.

“Argentina will not be in default (bankruptcy) for a very simple, fundamental reason: the ones that do not pay enter in default and Argentina paid,” said the President of Argentina Cristina Fernández.

Negotiations for an agreement with the plaintiffs funds has not resulted in an agreement, at least in a official way about the issue.

Study notes that in Ecuador would exist “political use of justice”