Workers of telecommunication companies discuss on the reduction of profits 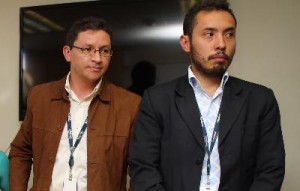 The telecommunications sector workers said: “We are not asking for a privilege, we are demanding a right”. This was their reaction after the draft legal reform to reduce their profits was made public, which was proposed by the Executive.

Juan Carlos Oleas, representative of the 1,400 employees of Otecel (Movistar), referred to the reform as discriminatory and threatening, in a press conference in Quito. The norm, they explain, affects employees and not to the companies.

Oleas added that they will present studies showing the impact of the resources they receive in April in the household economy.

According to the amendment of the Telecommunications Law, the profits of companies that use the radio spectrum will be reduced from 15% to 3%. The remaining 12% will be invested in social projects by the state.

Furthermore, they invited employees of Conecel (Claro) and other enterprises concerned to form a common front. With this, they seek to sensitize the authorities so the proposal is filed. He added that they would not be willing to negotiate a reduction percentage.