Storm Arthur will be felt today in northern Florida 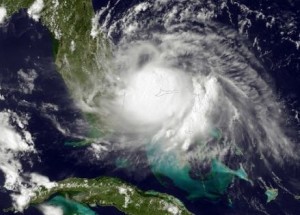 Arthur, the first storm of the Atlantic hurricane season, moved yesterday through the east coast of Florida and will pass today by the Northeast coast, informed the National Hurricane Center (NHC) of the U.S.

The storm presents maximum sustained winds of 95 km per hour and is moving slowly in a northwesterly direction. If the forecasts are correct, the storm will be strengthen in the next 48 hours and will become a hurricane tomorrow, according to the NHC.

Arthur will not directly impact South Florida, but is likely to throw heavy rains and cause flooding in this part of the state.

Leader from “La Familia” cartel was arrested in Mexico