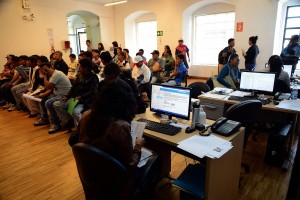 At least five strategies have been suggested by the government to try to appease the problem of unemployment in 2016; these are the reduction of working hours, incentives for the employment of young people, new forms of contracts, the implementation of unemployment insurance and the obligation to label goods in the country.

Some would be included in the draft labor reforms that would be sent to the Assembly soon; and others are already in force through ministerial agreements.

Drugs that would cost $ 15.4 million were seized in Galapagos