BREAKING NEWS
In Mexico, the Guayaquil plan will be applied against COVID-19
Mike Pompeo asks China to control illegal fishing in the Galapagos
Judge orders preventive detention against Dalo Bucaram, his two brothers and others for alleged illicit association
Álvaro Noboa calls for a peaceful protest in social media for the annulment of his movement
Scientific journal from Manabi, among the 100 most cited in Google Scholar Metrics
Existence of the Ecuadorian Forward Party will go to the Electoral Court judges
Suspected fraud towards Álvaro Noboa
Binomial by Álvaro Noboa will be presented on August 9, 2020
Ecuador Rejects Demand From Two Debt Holder Firms
Spain to investigate espionage of former President of Ecuador Rafael Correa 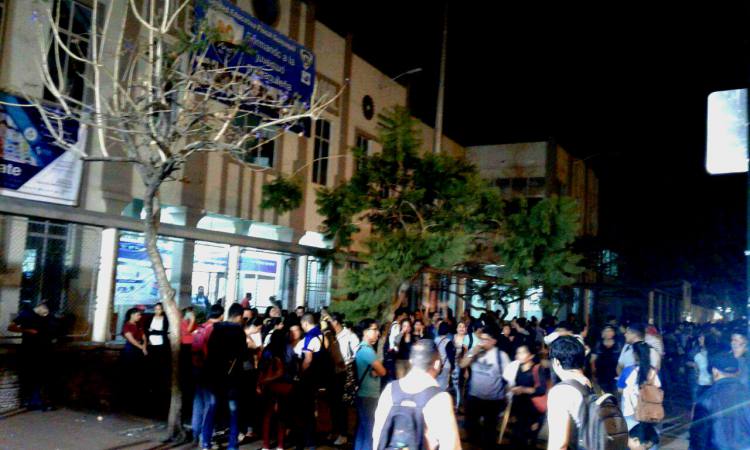 A strong 5.4 magnitude earthquake surprised Ecuadorians at 9:04 pm last night. The epicenter was in Guayaquil, according to the Geophysical Institute.

The institute reports that it had a depth of 30.24 km, in Guayaquil, Guayas. It was reported that university students and staff from other institutions had to evacuate from the property due to the shock.

Ricardo Peñaherrera, vice minister of the Risk Management Secretariat, informed that the universities of Guayaquil suspended the remaining classes to end the day after the event.

It is reported that the movement was felt in Daule, Paján, Naranjal, and with slight intensity in cities such as Ambato, Portoviejo and Cuenca.

The INOCAR rules out possibility of a tsunami. (I)

Ecuador has capacity to pay, reiterates Minister of Economy

Law against gender violence was reconsidered