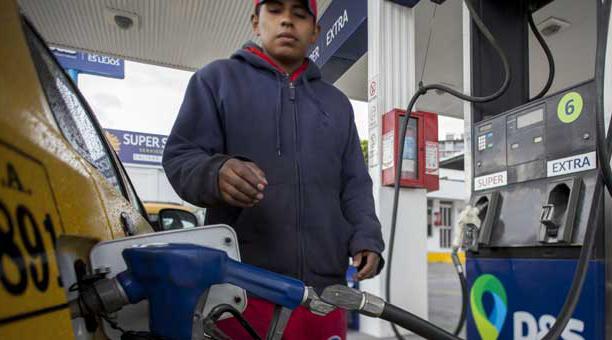 The Government will increase by 13% the amount allocated to subsidies in 2018. That is, it will be USD 409 million more than in 2017, due to an increase in the social security allocations of the Armed Forces, the purchase of fuels and the Human Development Bonus.

The subsidies for next year reached USD 3 470 million, however, the amount is still far from the USD 6 212 million registered in the Pro forma of 2014. In April 2015, the Government abolished the 40% contribution for the payment of retirement pensions to the Ecuadorian Institute of Social Security, for the approval of the Labor Justice Law. Thus, subsidies fell by almost 50% in 2016.

The contribution that the State will allocate to the IESS in 2018 is USD 220 million, that is, USD 100 million more than in this year. These are to be houses of security, social security and a minor for coverage for work risks.

However, the entity will still not receive the state contribution of 40% for the payment of pensions. Neither will receive the amounts owed for health care that, according to a Comptroller’s report, of June 2017, correspond to USD 2 527 million.

According to the report, the IESS must return this debt in its financial statements, which in 2016 had been deleted, considering it “unquantifiable”

Carlos de la Torre, Minister of Finance, pointed out that the State recognizes the health debt with the IESS, but that it is not included in the Pro forma of 2018, because it is validating the real amount. “There is no documentary support for 10-year benefits (…) When the value is established, it will be budgeted.”

On the contribution to retirement, De la Torre said that while the IESS does not require the State will not allocate these resources, it will eliminate the obligation to cover 40%.

Thus, the IESS is far from reaching the state contribution amounts before the Labor Justice Law. In 2014, the State’s contribution to the IESS was USD 814 million.

In allocations to social security, the most important variation in the increase of the state contribution to the Social Security Institute of the Armed Forces  that goes from USD 131.89 million, in 2017, to 496.41 million for the next year. Alejandro Vela, general director assured that the state contribution for pensions and the State’s patron to the valid property number of USD 500 million per year, for which reason, however, he emphasized that the State still owed them USD 420 million, that was not shown in the 2018 Pro forma.

“The debt is generated since the end of 2014. Sometimes the pensions do not reach the fund and we have to take other funds to cover it,” said the general director.

De la Torre said that the increase in the contribution between 2017 and 2018 to ISSFA is due to the change in the methodology to calculate the pensions established in the Law of Strengthening the Special Social Security Regimes of the Armed Forces and Police, in May of 2017. This makes the State have to contribute more by reducing the individual and employer contribution. Although De la Torre acknowledged that there is a debt with this entity, he said they are working on validating the values.

The subsidies for fuels represented USD 1 707 million for the following year, 5% more than in 2017. Jaime Carrera, of the Fiscal Policy Observatory, explained that at the cost of the price of a barrel of oil, has recovered slightly.

De la Torre explained that this is because in the Pro Forma 2017 a refining cost of USD 14.6 per barrel was calculated, which is included in the amounts corresponding to the refurbishment of the Esmeraldas Refinery. While, in 2018, the cost of refining is estimated at USD 7.5 per barrel.

Another item that will grow in 2018 is the Human Development  bonus, to which the Government will allocate USD 383 million, 30% more than in 2017

According to information from the Ministry of Economic and Social Inclusion as of December 1, the amount of the bonus will increase from USD50 to 150 for some 5 617 families, of the 405,000 that will receive these economic resources from the State.

The Pro forma Budget of 2018 is being processed in the National Assembly. The Economic Regime Commission approved the report, which will be debated in the Plenary. It is expected that this process will be completed this week. (I)