Subsidy for the use of induction cookers is extended to 2024 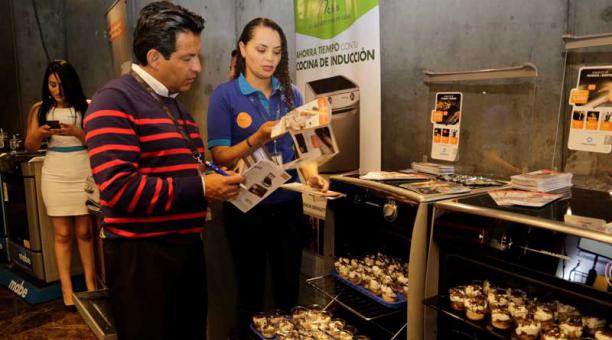 The program that promotes the change of gas stoves for other induction was re-launched by the Government. This event was held on Monday, March 5, 2018, in the auditorium of the National Secretariat of Planning and Development (Senplades), in Quito.

Last November the goal of installing 3 million of these devices from 2018 to 2023 was extended. To achieve this goal, the Government presented three strategies yesterday. Elsy Parodi, Minister of Electricity and Renewable Energy, informed that to promote the use of these devices in homes, the delivery of the tariff incentive will be extended, greater financing will be granted to acquire the kitchens and even facilities will be provided to obtain the pots.

Between 2014, when this program started, and in 2017 these stoves have been installed in 750,000 homes nationwide, according to the Ministry of Electricity and Renewable Energy (MEER). That is, 25% of the target set in 2014 has been met. To reach the rest of the households, one of the first actions will be to extend the tariff incentive until 2024.

This benefit allows people who use this cooking system not to cancel the consumption of up to 80 kilowatts (kw) in the light schedules. This measure was in force until this year. The second strategy is to increase the financing provided by the State to buy these stoves on credit. It will go from USD 600 to 800.

The term will also be longer. Instead of 36 months now people will have up to 48 months for the purchase of induction cookers. The payment of these credits will be made through the sheet of light. This will provide facilities for people to buy induction cookers of greater size, power or have any technological innovation, Parodi said during the relaunch of the program.

In the market, induction cookers with an oven range from USD 600 to 1,000 are available, said Jaime López, representative of the white goods marketers. The third action consists in granting financing of up to USD 100 for the purchase of pots designed for induction cookers. The amount was USD 45, but did not allow for a varied household, added Lopez.

“These actions are going to increase demand.” The sale of induction cookers peaked in 2015 and then fell. Until the end of last year, even, certain companies reported having ovens stowed by lack of demand. The Government, meanwhile, was left with 78,000 Chinese induction cookers that could not be marketed. Now they will be part of the furniture for the Casa para Todos plan.

The industrial sector yesterday expressed its support for this “renewed” program of the Government and has the expectation of recovering the jobs that were lost. The industry has a production capacity of 1.5 million kitchens per year. That is, it is able to meet the needs of the market, said Juan Vela, representative of the companies in the sector.

With the replacement of induction gas cookers, the aim is to take advantage of the energy produced in Ecuador. The country has an installed capacity of 8 036 megawatts (MW), but until October the maximum demand was 3 692.2 MW.

In addition, induction technology is more efficient, safer and prevents the Government from allocating resources to subsidize gas. In this year, for this item the State will invest around USD 468.18 million. “The Bureau is evaluating whether these subsidies are removed, but a decision has not yet been made,” Parodi said.

Marco Naranjo, professor, said that it is “necessary” to continue with the plan of induction cookers so that it becomes universal. And it should focus on popular classes, media, and even in restaurants and hotels. (I)