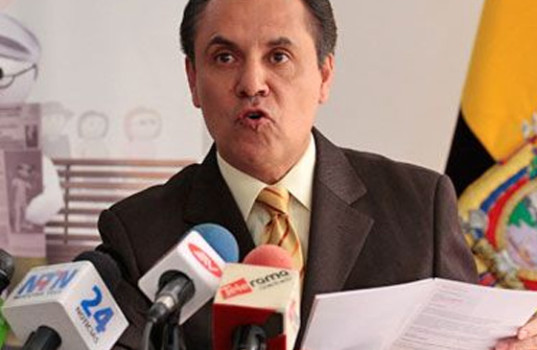 The suspension of the print publication of the daily Hoy was be reflected by Article 90 of the Organic Law of Communication (LOC for its Spanish acronym), which requires the diffusion of print run on their front pages, according to the Superintendency of Communication (Supercom).

“The critical situation of the newspaper was reflected in the continuous and in the steady decline in its circulation, which consequently coincides with the reduction of their income, because in a smaller circulation, lower the cost of soldadvertising, and that was out even more clearly having to daily diffuse its circulation as required by Article 90 of the Communications Law,” said the head of Supercom, Carlos Ochoa.

Ochoa said is “fake” that the newspaper changes paper by the law and intends “to blame others of its own ineffectiveness,” he said.

The contents of Hoy appear from Monday only in digital format and will have a print edition every weekend. This was decided citing “self-censorship” and a “permanent advertising boycottthe cancellation of printing contracts especially in school texts, including the initiative to transform information into a public service,”  was written in an editorial of the cover last Sunday.

These assertions generated the reaction of President Rafael Correa, who worte in his Twitter account: “Nothing should notsurprise us: daily Hoy supposedly closes by the Communications Law. The truth: it has been accumulating losses for years by a mismanagement. How  much lie to the country, paradoxically from those who should inform!” 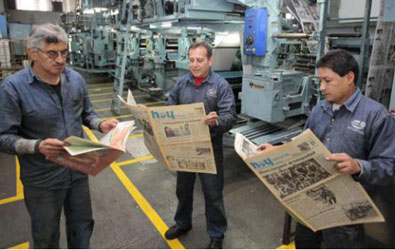 European foreign ministers reach agreement to a ceasefire in Ukraine