Superintendency of Companies and Insurances will dissolve 600 companies per month 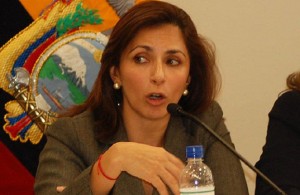 The Superintendency of Companies and Insurances announced last week that 730 firms are in the process of dissolution.

Suad Manssur, head of the Superintendency, said that the bank is analyzing and dissolving groups. “We will go with about 600 per about month”.

Mansour said that the first 730 companies of the 5400 that were notified in last July, have grounds for dissolution for two years. “They had losses, they have not declared incomes or have declared very little. 1500 submitted disclaimers, but in some cases were insufficient, others will increase the capital and some called for voluntary dissolution”.