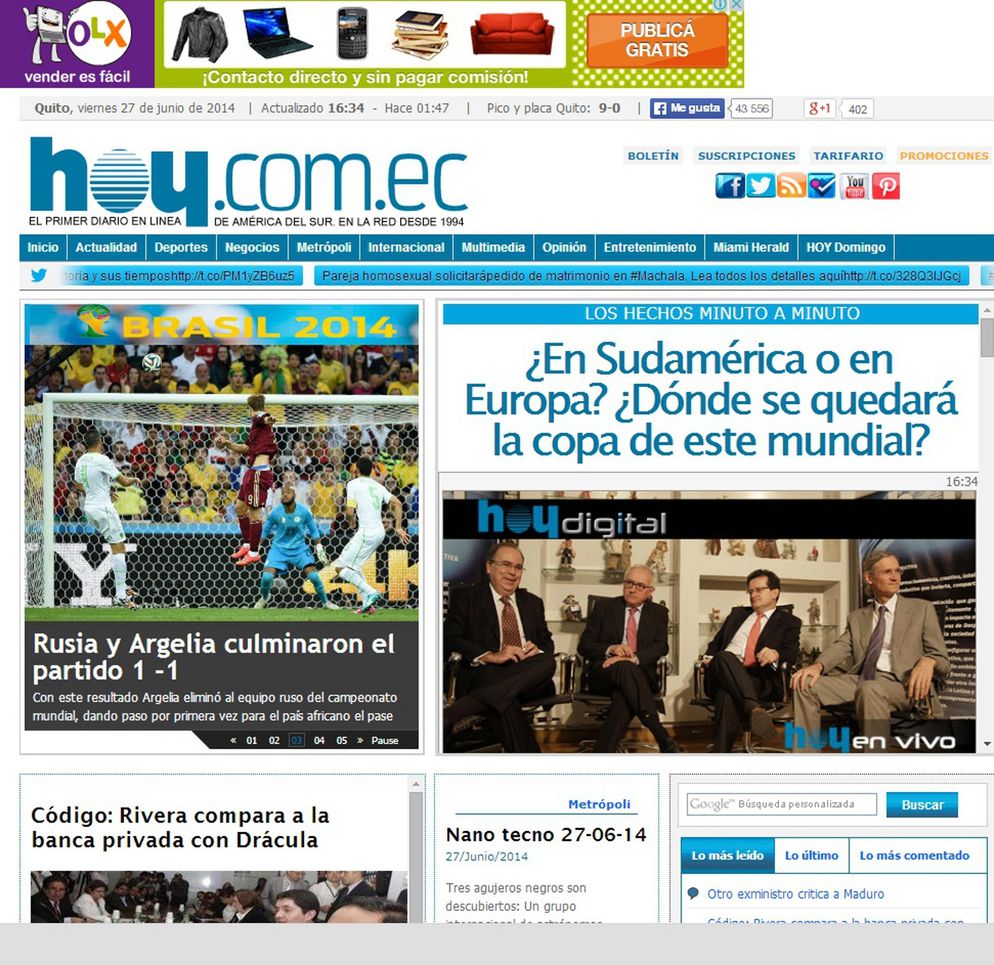 Yesterday, August 26, liquidator Edith Duque, appointed by the Superintendency of Companies, came to the media to make an inventory of the assets that would enter into liquidation and notified the workers about the intervention.

“She explained us that the website could not be updated and that we will depend on the Superintendency while settlement concludes” said Mario Ramirez, who works there about 20 years.

The Secretary of the Workers’ Committee, Luis Yucsi, was present in the process and explained that employees must go on June 27 at 09h00 to get informed about how the settlement will be.

Since 29 June, the newspaper ceased its daily publication and held a weekly version and another online.

Through his Twitter account, the Editor of the media Juan Tibanlombo, reported: “HOYcomec becomes paralyzed from now by order of the liquidating of the Superintendency of Companies which dissolved Edimpres of its own motion”.