It’s a fight against David against Goliath, but not with the same ending. Local political organizations go through a winding path to stay on the electoral register and have the right to nominate candidates in the different elections. The lack of known cadres or with electoral possibility and the scarcity of economic resources are some of the obstacles that cross this type of political organizations that a national organization hardly has. 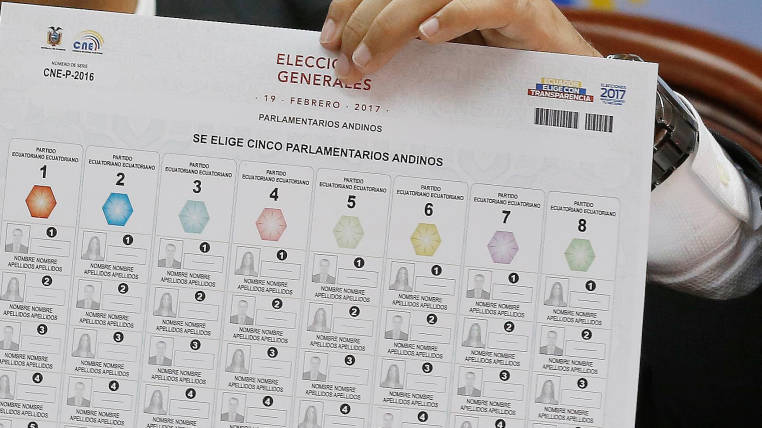 Luis Serrano, director of the Health and Labor movement, believes that the lack of known figures or with an electoral weight, who prefer to fall into the temptation of national movements or parties, reduces the chances of triumph for local movements. “The complicated thing is that you have to participate with national organizations that have political referents with greater acceptance and presence,” the leader of the movement that is on the list of the 46 local organizations eliminated by the National Electoral Council (CNE) of the registry told EXPRESO of political organizations.

However, at Serrano’s discretion, his movement reaches 3% of the valid votes of his jurisdiction (in this case Guayas) in the last two elections, as stated in numeral 4, article 327 of the Democracy Code, to continue in the registry “In these elections we reached about 98,000 votes. If 3% of the two million voters of Guayas are just over 60,000 votes, we reach the figure. ”

However, according to the report, Health and Labor reaches 0.4% of votes valid in 2017 and 1% in 2019. Therefore, today, first thing, it will go to the Electoral Delegation of Guayas to request the report and see if were already notified or not of the decision of the plenary of the Council.

On the same list is the Peninsular Reborn movement. Its director César Pinoargote believes that the lack of financial resources is the main obstacle in the goal to survive. “You have to face movements with many resources. For movements with elected dignities, they have an advantage because they have all the resources and infrastructure. ”

The Live Movement, also on the eliminated list, will not remain idle. Its president Mario Granda is collecting information to prove that it is not within the cause of cancellation. And it is not the only claim. “Provincial movements, worse than cantonal and parochial, are not taken into account when making decisions. The reforms to the Code have been made without us, that is one of our big problems, ”he said.