Suspected members of `Mara Salvatrucha´ are arrested in Mexico 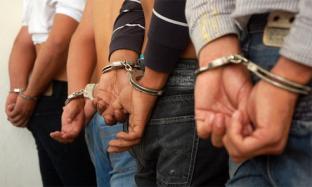 The INM said in a statement that the suspects were arrested at the railway station of the municipality of Arriaga (Chiapas, southeast), where moments earlier theydemanded a group of Central American migrants the amount of $ 100 to give them access to the train.

Among those arrested was the alleged leader of the criminal cell, the Honduran GCR, the Guatemalan KRV and 11 Mexicans.

In the arrest operation, which was carried out in response to an anonymous citizen complaint, participated local, state and federal policemen, as well as navy and army military.