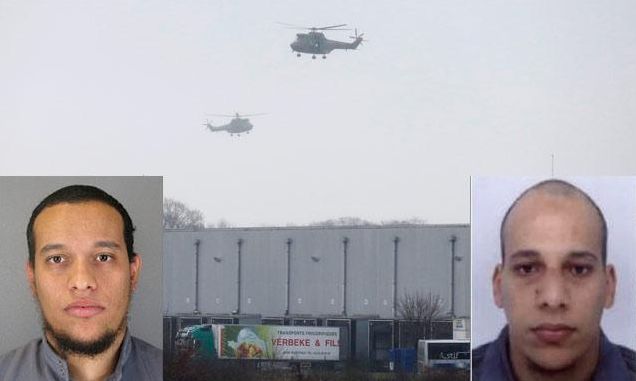 Cherif and Kouachi Said, suspected of the killing of Charlie Hebdo. Reuters

Cherif and Kouachi Said, suspects of the Charlie Hebdo slaughter were entrenched this Friday with a hostagem in a company, located 40 kilometers northeast of Paris, after a chase and an shootout with security forces, police sources have stated.

After the shooting, which left no victims,  a hostage taking took place in the Dammartin-en-Goële company, a town of about 8,500 inhabitants about 40 km from Paris, not far from the Charles De Gaulle airport.

At the time, the area of Dammartin-en-Goële is overflown by police helicopters that have tried unsuccessfully to negotiate with the terrorists; citizens are forbidden to go outside and schools have been closed.

This Friday, while the police pursued the two suspects of the attack that killed 12 people on Wednesday, here was a shooting on a northeast road of the capital, in the area where they were intensively searched since Thursday, police said.

The two heavily armed suspects moved into a stolen car Peugeot 206 a few miles north, according to a woman who said having recognized them. They would also have been recognized on Thursday by the manager of a gas station near Villers-Cotterets, a small town in the Picardy region.

According to the surveillance cameras, they had no masks and were carrying kalashnikov assault guns and a rocket launcher in the car.