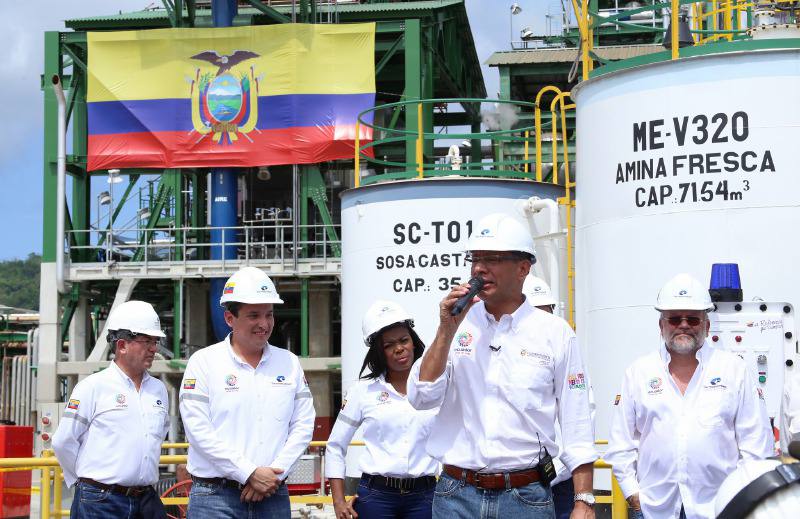 Quito -The scheme of bribes related to Petroecuador contracts, in which a dozen companies registered by Mossack Fonseca (MF) were used, is also investigated in Switzerland. In that country the freezing of accounts of the former manager of the oil company Álex Bravo was ordered.

That is one of the revelations of the second part of the Panama Papers, a new filtration of the files of the MF legal study, which began to be made public yesterday by the International Consortium of Investigative Journalists (ICIJ) and the German newspaper Süddeutsche Zeitung.

In the archives, which go from 2015 to 2017, there are the communications from the Swiss bank SYZ addressed to MF, in September 2016, informing the order of the Swiss Prosecutor’s Office. This institution ordered the freezing of any account, asset, precious metal, title, trust investment in the name of Bravo Panchano and his company Johanna Investment Corp.

Arturo Escobar Dominguez, former counselor of Carlos Pareja Yannuzzelli in the state oil company, now condemned in the United States. He kept an account with the bank in Geneva on behalf of his company Joscar International Inc.

Read also: Álex Bravo has links with four paper firms created in Panama The document of the Swiss Prosecutor’s Office details that the investigation began on September 5, 2016, four months after the publication of THE UNIVERSE on the Panama Papers, in which it was revealed that Bravo Panchano had relations with four offshore companies. One of them, Girbra S.A., had signed an agreement with Juan Andrés Baquerizo Escobar, contractor of the oil company.

In his motivation, Swiss federal prosecutor Frédéric Schaller said that Bravo is suspected of having benefited people from his environment during the award of 142 Petroecuador contracts, and that this benefit would be at least $ 35 million.

Via e-mail, the Swiss Prosecutor’s Office confirmed to EL UNIVERSO that this investigation is still open and that the process of collaboration with the Ecuadorian authorities continues.

The Petroecuador case is investigated in Ecuador, Panama, the United States and Switzerland. At the end of April 2016, the MF Quito office began asking for information about Johanna Investments and Joscar International from María Alexandra Buchelli, an employee of Corporación Bayshore S.A., who had requested the processing of these companies.

According to the files, in mid-May, Buchelli replied that he could not give the information because “there is no relationship or contact with the shareholder.” MF Panama then decided to send a Suspicious Operation Report (ROS) to the Financial Analysis Unit (UAF) of Panama, dated June 1.

In the report to the UAF, which is part of the filtration, it is an intermediary for the Frank Chatburn registry; reported company, Johanna Investment, and as a shareholder, Álex Bravo. They are cited as probable crimes: “possible money laundering and illicit enrichment”.

Contractor Ramiro Luque Flores, of Galileo Energy, asked Chatburn to create Johanna Investment and Joscar International. The payment for the registration was made from the offshore of Luque, called Denfield Investments Inc. After the publication of the Panama Papers, in 2016, MF received an order to liquidate Joscar International, on behalf of Andrés Suárez.

He sent an email from an account with the domain parejayasociados.com, which was from the law firm of Carlos Pareja Cordero.  Pablo Paredes, from the Quito office of MF, ordered that he not be liquidated, since in the files of the Suarez law firm he did not figure as the intermediary of that company, but Frank Chatburn. Likewise, it was declared inactive months later. (I)

Fruta del Norte gold will be extracted since 2019