Tarcisio Granizio: “It is much more likely an accident with small boats” 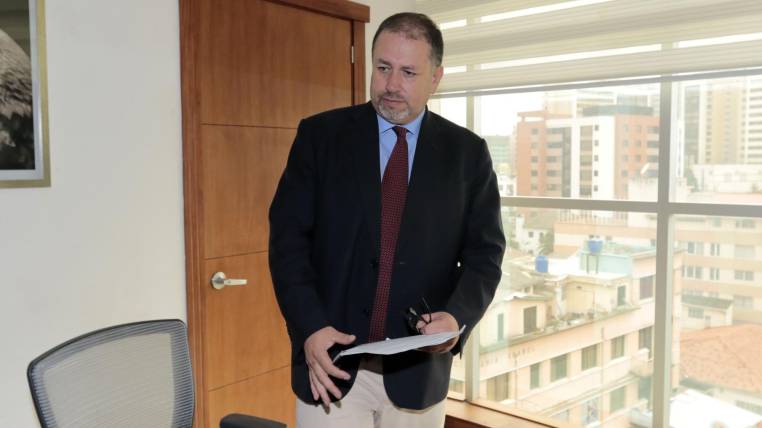 The highest environmental authority defends the changes in the Tres Bocas operating system, although he recognizes risks. His task, he says, is “to take care that this potential risk is minimized“.

Why was the entry of large vessels authorized to the Tres Bocas terminal?

We are not licensing the entry of ships yet. There is a re-evaluation of the infrastructure that has existed since 2002. The license we gave is so that the port can be adapted for the eventual entry of 40,000-ton vessels.

What does that license cover?

What does it not include?

Neither dredging nor expansion of the current area (almost three hectares). Nor will the storage capacity of gasoline be increased.

Who is in charge?

What is the current situation?

Large vessels reach the coast of Santa Elena where the alieje (transfer of cargo) is made to smaller ships entering Tres Bocas. There are 12 of these small boats, per week, of 15,000 tons. What you are looking for is to avoid that alije and enter to Tres Bocas.

For the entry, each one will have to get an environmental permit and that we are not doing yet.

Will it be an individual procedure?

We will have to regularize one by one. Now, it is safer to have three large boats a week than 12 small ones. The risk is lower, we even did a statistical study of risk probability. In addition, the larger the ship has more security, for example double hull, and meet international standards.

Why were no consultations made with the population?

Why was the environmental report of the administrator of the protected area, which recommended not delivering the license, ruled out?

The administrator does not have to be consulted because it is not part of the process.

Is the reserve at risk?

If there is a problem it is at risk, if there is an accident like in any other area of the country. But we cannot judge a work because of the potential risk. The director issued a statement saying that in case of an accident he would be at risk, which is true, but there are several studies of the Ministry, of the Marine-Coastal Undersecretariat, of the Provincial Directorate, which say that the work is not a problem. We also have favorable reports from the Oceanographic Institute of the Navy and the Undersecretariat of Ports and Fluvial Maritime Transport.

An accident with a small ship will have a lesser environmental impact than one with a large ship..

It’s true, but big ships have more securities. It is much more likely that there is an accident with small boats.

There is also a claim from the Municipality. Are you going to look for an approach with Mayor Jaime Nebot?

On Monday I will go to Tres Bocas, if after that the mayor wants us to explain, with pleasure. With the mayor, so far, I have not had any problems.

Will the navigation of other types of boats be affected?

Petroecuador made a by pass for the yachts. Everything is in order: the vulnerability and danger of a spill are reduced, free circulation guaranteed.

Do you trust Petroecuador’s environmental practices?

Every time I trust more, especially after I visited the ITT. I have great confidence in the criteria of the Minister of Hydrocarbons. (I)