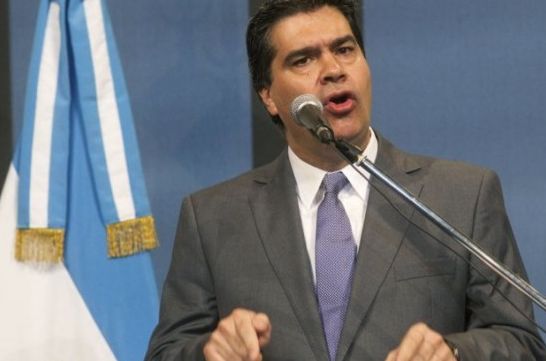 The Argentine government on Monday defended the need to charge a tax on the highest salaries, despite the growing opposition claims from unions that reject the measure.

“Many do not agree that it must be collected. We consider it philosophically and ideologically necessary to charge taxes to the wages because it assesses the manifestation of the contributory capacity,” said the Chief of the Cabinet, Jorge Capitanich, during his press conference.

The so-called gains tax applies to higher wages to 15,000 pesos (about $ 1,750) and affects approximately 10% of Argentine workers.

“It implies that who earns more should be who solidary contributes more,” said Capitanich, adding that the claim to increase the wage base on which the tax is charged “does not represent the majority of workers.”

Opponents unions of the government demand a reduction in taxes and in recent weeks, have realized strikes and protesta in sectors such as banking and transport, and also threaten to increase actions if the government does not change its position.

Venezuela is closer to the hyperinflation