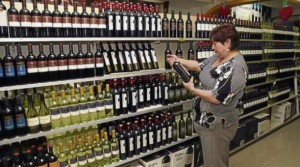 In 2015 taxes collected by Special Consumption (ICE) by spirits, beer, soft drinks and cigarettes raised $ 485 million in 2015, according to statistics of the Revenue Service.

Yesterday the distiller industry warned that tax increases would generate a greater fall in sales in the sector and the rise of smuggling, thus affecting the crisis. Local producers, importers, distributors and owners of liquor stores met to discuss the tax reform announced by the government.

Around noon they reported they will send a statement to President Rafael Correa to request a hearing and explain their situation. They try to avoid a new tax reform.

With the reform, which would go to the Assembly as a matter of urgency, the Government hopes to raise additional $ 300 million through the ICE.