Tax reform has a limited scope 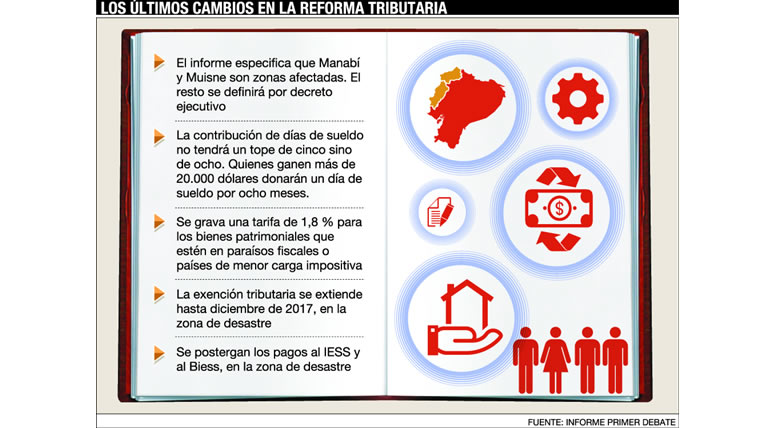 The tax reform debated at the Assembly today, will raise about 1.090 million. An amount that, according to the Government, is insufficient for the reconstruction of the areas affected by the earthquake of Saturday, April 16.

How will we get more resources? That will be a task for the next administration.

This is the slogan of the ruling party. Rosana Alvarado, a member of PAIS and vice president of the legislature, said that the tax increase will serve for the first reconstruction stage of Manabi and that “the next government will have to take additional measures.”

During the last meeting of the Commission on the Economic Regime, on Saturday, she said that the ruling party does not plan more reforms and that any additional measures that generate money to reactivate the impact zones of the earthquake will be taken in the General State Budget of 2017. in addition, she stressed, the economic measures will have to be proposed by the presidential candidates.