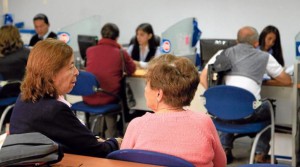 The tax reform bill, called the Organic Law for the Balance of Public Finances, which seeks to address the drop in tax revenues, including a reduction in tax benefits for the elderly.

The project proposes to lower the maximum amount that a person can ask seniors as return of value added tax (VAT). In addition, special discounts in his vehicle registration and payment of income tax will also be altered. The tax impact until 2017 of these changes in the perceived benefits today this segment of the population is USD 48.1 million, according to a projection of the Internal Revenue Service (SRI).

Until now, income from retirement pensions are exempt from income tax, but the bill has to be taxed. However, the president of the Republic, Rafael Correa, said yesterday that this item be removed as unconstitutional. On Saturday held in Conocoto, the Head of State said that “a mistake” was committed. (I)