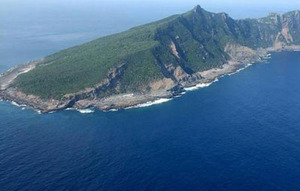 China and Japan fight over an island

China’s warning of not allowing unauthorized aircraft flying in a maritime area air defense on the East China Sea to protect a small archipelago under Japanese jurisdiction, and the challenge of military aircraft of Japan, Korea and the United States ignored the warning , it has created tension worldwide.

Yesterday China sent two fighter jets to investigate a dozen flights of U.S. and Japanese military aircraft to the area and was the first time since the area was proclaimed on November 23, but said that they had done only to identify foreign aircraft.

China announced last week that all aircrafts entering the area, a sea area between China, Taiwan, South Korea and Japan must notify the Beijing authorities in advance, and would take unspecified defensive measures against those who might not obey. China and Japan have an old territorial dispute over the Senkaku archipelago of islands under Japanese control but were claimed by Beijing under the name Diaoyu.

Neighboring countries and the United States have said they will not recognize the new area, which is thought to aim to reassert claims of the disputed territory and will unnecessarily raise tensions.

A Pentagon spokesman, Col. Steve Warren, said that “U.S. will continue to work with allies in the area and will operate as usual.”

U.S. and other countries have warned that the new zone declared by China may raise the risk of miscalculation, accidents and conflicts.