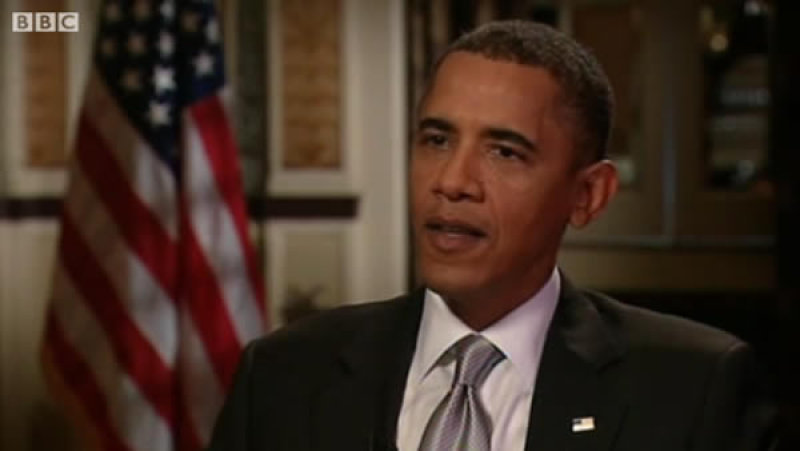 In an interview with the BBC today, United States President, Barack Obama, talked about the remarks made by Iranian President last week, calling them “offensive”, “hateful” and “inexcusable”.

On Thursday, Iranian President Mahmond Ahmadinejad made a controversial remark regarding the United States reponsibility on the attacks of 9/11. “The majority of the American people, as well as most nations and politicians around the world agree” that “some segments within the U.S. government orchestrated” the terrorist attacks, affirmed the President of Iran. He added that the objective was “to reverse the declining American economy” and to justify a military presence in the Middle East “to save the Zionist regime” of Israel. Ahmadinehad’s statement caused serious controversy on the United Nations last week, since many members who were present at his disertation started to leave when he made the affirmation.

According to the NYT, however, “the most comprehensive international poll” asking 17 countries besides the U.S. the question “Who do you think was behind the 9/11 attacks?” was carried out in 2008 by the Program on International Policy Attitudes at the University of Maryland. The four most common answers were grouped as Al Qaeda, the United States government, Israel and Other. The results show that, Internationally, most people think Al Qaeda was responsible for the attacks, except for countries like Egypt and Jordan who clearly blamed Israel. 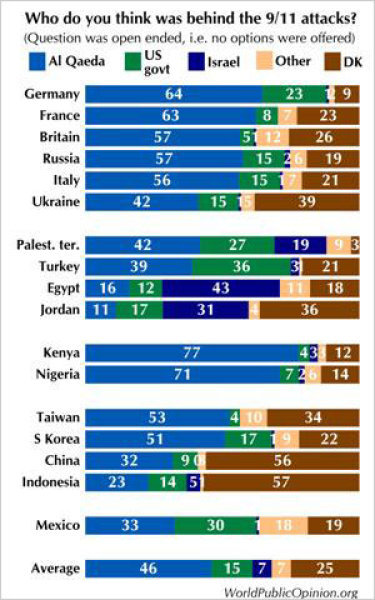 President Obama, on the other side, added: “It just shows, once again, the difference between how the Iranian leadership and this regime operates and how I think the vast majority of Iranian people, who are respectful and thoughtful, think about these issues”. President Obama also criticized President Ahmadinejad’s kind of government, “So when people inside of Iran are asking themselves why is it that we can’t get spare parts or food prices are going up or other basic necessities are harder to come by, they have to look at the management of their own government, both in terms of the economic management but also in terms of them deciding that it’s a higher priority to pursue a covert nuclear program than it is to make sure that their people have opportunity.” Obama added.