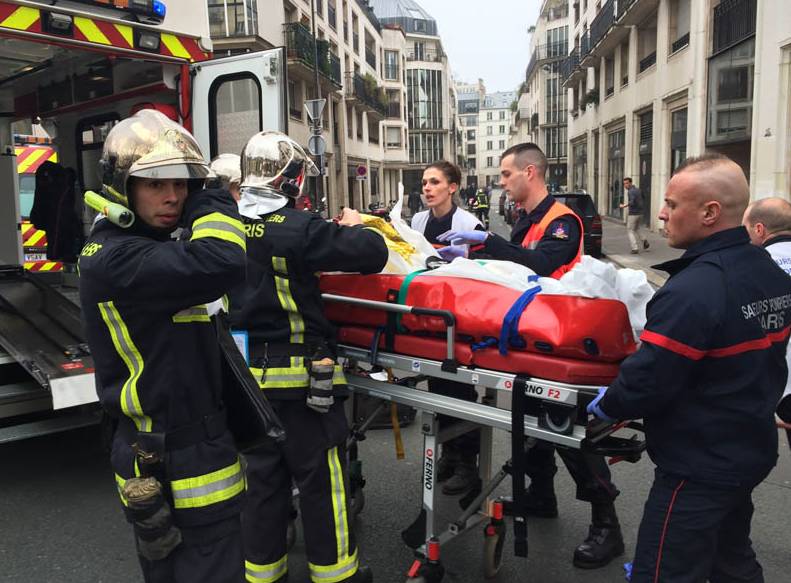 At least twelve people, including two policemen, were killed and four are in critical condition after an attack with assault rifles and rocket launchers against the headquarters of the French satirical weekly Charlie Hebdo, in Paris.

According to local witnesses, two armed men dressed in black perpetrated the attack on Charlie Hebdo, entering the building and firing workers, subsequently they fled the scene in a black vehicle.

“I heard gunshots, I saw hooded people who fled in a car. There were at least five,” told to AFP a neighbor who has his office on the street Nicolas Apert, the same as the headquarters of Charlie Hebdo.

French President Francois Hollande, in the scene, said to the media that there is “no doubt” this is “a terrorist attack,” and has raised the alert level to the maximum in the country.

Among the deceased were editor Stephane Charbonnier and three other cartoonists: Wolinski, Cabu and Tignous.

The magazine received threats on several occasions since it published Muhammad cartoons in 2006, sparking the ire of Muslim extremists.