On Monday the authorities announced the end of the attack to the Karachi International Airport, the largest in Pakistan, after a 12-hour Taliban assault that left at least 28 people dead, ten of them Taliban members.

This attack, which ended this morning with the death of the assailants, confirms the fragile situation and major security challenges facing the country, even in the most strategic places that are better protected.

The attack, one of the most violent that has experienced the largest city and economic capital of Pakistan, paralyzed from Sunday night all the activity of Jinnah International Airport.

The assault, carried out by the Taliban Movement of Pakistan (TTP), the main rebel group in the country, began about 23:00 local Sunday. The TTP attacked the airport in retaliation for the death of their leader Hakimullah Mehsud killed last November with a U.S. drone shot at the tribal areas of northwest Pakistan. 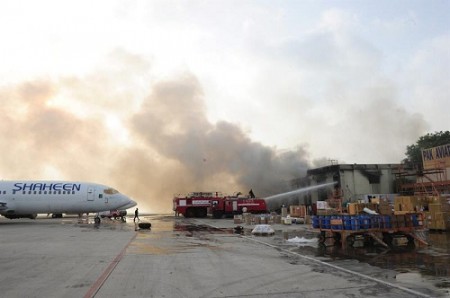