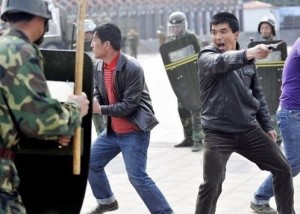 Dozens of death and injured was the result of a terrorist attack in Xinjiang, northwest China, as reported this Tuesday by the Xinhua official news agency.

An armed gang with knives, attacked a police station and other government buildings in the  Shache district (or Yarkand, in the Kashgar prefecture). In addition, “tens” of assailants were shot dead by police officers.

Xinhua has as first hypothesis of the events what could be a “premeditated terrorist attack”.

“Tens of civilians, Uighurs (Muslim minority, which is a majority in Xinjiang) and Han (the majority ethnic group in China) have been killed,” has explained the news agency.

China has been the scene in recent months of a series of bloody attacks in public places in Xinjiang and other locations.