Textile workers from Ecuador aim to triple their exports 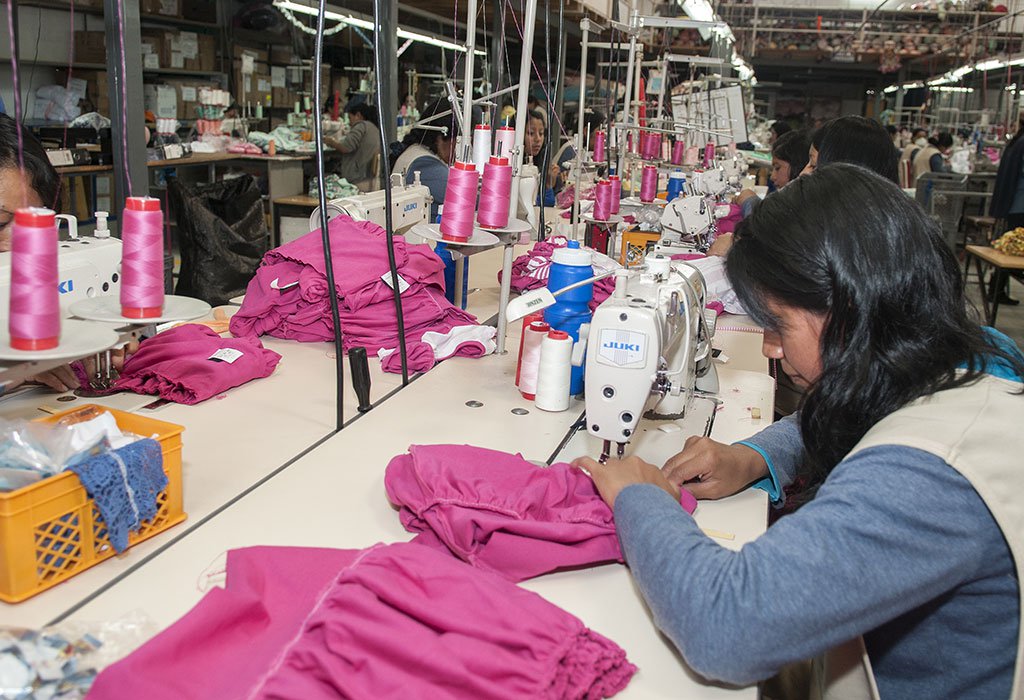 The textile sector bets to triple the exports until 2022. In 2017, the country sold abroad about $ 94.7 million, in the middle of a declining trend of sales, but the idea is to reach about $ 300 million per year in four more. This, after several years of having focused mainly on the domestic market.

For this purpose, there is already a project in place to build a textile cluster, in which research and productive chaining will be carried out in which all the actors participate from the producers, suppliers, the public sector, the academy, among others, commented Xavier Díaz, president of the Textile Industries Association of Ecuador (AITE). The project was presented to the Development Bank of Latin America (CAF).

The idea is to think about which products can be successfully promoted in the sector to be sold abroad. Now good options are seen in the manufacture of finished products, accessories and home textiles.

The export has been falling since 2015; and 2018 has not been the exception. Sales have fallen compared to last year.

Between January and March of 2017, $ 21.40 million were sold, while this year they were $ 20.65 million. The biggest buyers this year have been Colombia, the United Kingdom, Argentina and the United States. These last two destinations had an important growth in the last year.

For Diaz, there are good expectations for growth. An example of this is a contract won by an Ecuadorian textile company to export products for several million, which involves the hiring of labor and the purchase of high-tech machinery.

In the country there are already companies that export. One of them is Fibran, from the Marathon group. In its plant located north of Quito there are at least 800 workers who carry out various activities from the design, cutting and sewing; but there is also an important investment in machinery.

The manager of Fibran, Juan Carlos Corral, explained that the sales go to countries like Bolivia, Peru and Uruguay.

The company has a production capacity of 1.5 million units per year and there are several international brands that have hired it to produce their garments in compliance with the standards of franchises, including Nike, Puma, Umbro and Disney.

Meanwhile, the company Enkador, which has changed its business focus on yarn and now is engaged in the manufacture of textile products for household cleaning, lollipops and ropes for the flower industry and sewing threads, currently exports 40% of their production.

But how to achieve growth in exports? According to Díaz, the route of this growth is to improve “systemic and structural” competitiveness.

In the first, which has to do with the environment, it is expected to have cheaper electric power and a labor policy that is more flexible. For example, they would seek to implement a labor contract similar to that of tourism, which allows them to hire personnel according to production peaks.

As for the “structural”, investment in training, people training and technology is sought.

Díaz says that he has spoken with the Ministry of Foreign Trade to look for a specialized promotion of textile export products. And it has participated in international fairs to have access to buyers.

The textile companies point out that part of the obstacles that currently exist for production are the tariffs for capital goods and the payment of the exit tax. For the sector it would be ideal to exempt from the payment of value added tax (VAT) on imported machinery and take measures to lower labor rigidity. (I)