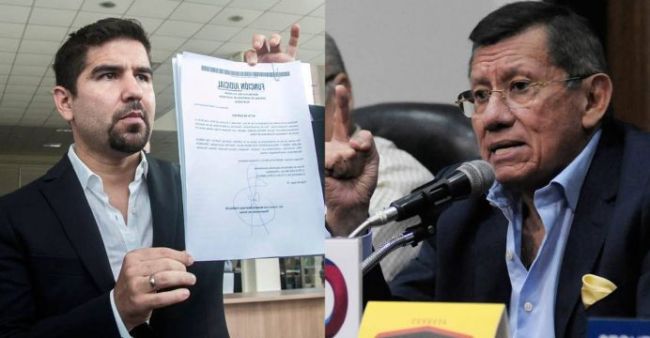 Justice gave way to the request of the Prosecutor’s Office and this morning issued a ban on leaving the country of the president of the Ecuadorian Federation of Soccer Carlos Villacís, who had planned to go to Russia, where the FIFA Congress will be held and the World Cup will be played, to which Ecuador did not qualify. The court order is derived from the contempt investigation in the case of television rights. The politician Abdalá Bucaram Pulley announced it through his Twitter account.

The Prosecutor’s Office filed charges against Villacís for the alleged crime of non-compliance with judicial decisions; that is, for contempt of authority, which at the time ordered him to repeat the contest for the television rights of the Ecuadorian Soccer Championship. “If, after 90 days, the commission of the crime is ratified, we will go to a trial preparatory hearing,” Bucaram explained.

“After the complaint filed by the speaker, which was never against the Vice President of Barcelona, but against Mr. Carlos Villacís, justice has recognized it. Mr. Villacís has precautionary measures against him for periodic filing before the courts and prohibition from leaving the country, “he said.

He indicated that the Prosecutor General’s Office, within the investigations, observed several statements by Juan Alfredo Cuentas in which, according to Bucaram, “said that the judges are going to do whatever they want at home”, not being the Vice President’s own conduct of a club, so he was called to investigate.

“However, the accusation was filed against Mr. Villacís, Chang; who, arbitrarily, decided not to comply with a judicial decision and today are paying the consequences of that, “he said. (I)