“A decade of injustice in which we have not known who killed my brother.” This is how Sandra Jiménez summed up the 10 years since the death of Froilán Jiménez, an agent of the Intervention and Rescue Group (GIR). 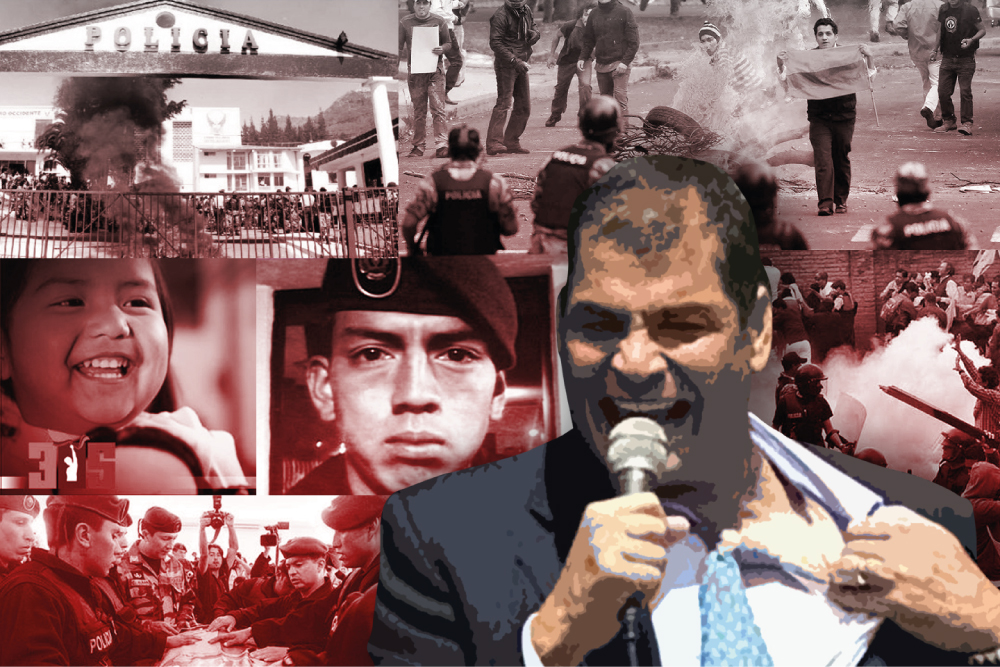 Today marks the 10th anniversary of his death. His death occurred on the night of September 30, 2010 during the evacuation of former President Rafael Correa, who was in the police hospital while there was a police revolt. In the operation, the young man was hit by a bullet, causing his death minutes later.

In July 2019, the Provincial Court of Pichincha annulled the proceedings in that case and the case returned to preliminary investigation. Prosecutor Claudia Romero reopened the investigation for the alleged crime of homicide.

It was thus that on September 24, after the hearing to formulate the charges, Judge Luz María Ortiz ordered the periodic presentation before the authority and prohibited the departure of the country for five officers in passive service of the Armed Forces (FF.AA) .

Even so, Sandra believes that the Prosecutor’s Office has not given importance to the case through which five prosecutors and four general prosecutors have passed.

The agent’s sister said she does not understand why the case has been declared reserved. However, she warned that after the legal instances in the country are exhausted, her family will go to international courts. “We have been revictimized, but we will not faint until we know what happened to my brother,” he said.

Persecution
Jiménez’s cause is not isolated. For the events of September 30, there are another 21 files that are under investigation, according to the State Attorney General’s Office. Between 2010 and 2020, around 46 files were entered; there are nine with a conviction and there are others on appeal.

The most notorious cases are “La Recoleta”, “Tentative coup”, “Radio Patrol”, “Ecuador TV”, “Assassination attempt”, “Incitement to rebellion”, among others.

One of the people linked was Major Fidel Araujo, who was prosecuted for alleged participation in the events of 30-S and was ultimately declared innocent.

When consulting him how he summarizes this episode in history, Araujo summed up that event as a “sad event”, as a reflection of the obscurantism of the mandate of President Rafael Correa.

In his opinion, the president issued orders that led to crimes against humanity. “Calling armed men, apart from the fact that there was a revolt that was also not acceptable, it was not adequate to resolve that fact,” he said.

Regarding the legal process that was followed against him, Araujo reiterated that he suffered unfair accusations, but that in the end they realized that they made a big mistake.

“I was first charged with an assassination attempt when former President Correa himself said that I paid a person to whom I gave a camera with a barrel inside to remove it, but all that fell. Everything was a lie and it was proven ”, he narrated.

The elder recalled that a court that complied with due process, accepted the evidence for the defense and confirmed his innocence.

However, the hardest thing was the persecution by the state power. “The public administration was dominated by people with power who did not understand public service,” he said.

Araujo concluded that it is still necessary to demand answers from the justice system in the case of fatal victims and in cases that have not yet been resolved.

An event that could have been avoided
Assemblyman César Carrión also faced jail and persecution. After a decade of this fact, he reflected how that revolt ended his police life when he was director of the Police hospital.

Carrión was deprived of his liberty for seven months, until in May 2011, the justice acquitted him. Now, Carrión defined the event as a moment that could have been avoided from the protest to the end, “but the authorities (ministers of Government, Defense and Security coordinator) who were in charge did not do so,” he said.

Carrión agreed with Araujo. And he pointed out that Correa was responsible for the tragic toll of deaths and injuries, since a crime against humanity was committed. “To cover up that attack on the hospital, he began to justify pointing out innocent people as guilty,” among whom was Carrión.

The persecution against him was due to the fact that he declared that he was not kidnapped. “He was with his security, received visits from the top of the Police … how do you understand a kidnapped ordering that they rescue him?”

Carrión also believes that in 10 years, the justice has a debt with the victims, because the judicial processes were manipulated.

As an example, he recalled that in the 2012-2016 Bribery case, Pamela Martínez, Correa’s former adviser, in her statement pointed to the creation of parallel offices to monitor the 30-S processes.

He also mentioned the Comptroller’s report that detected a loss to the State of $ 1.5 million in celebrations of 30-S by the ministries of Culture, Dry, Dinner, Risk Management, among other public institutions.

Manipulation of justice
As the most perverse persecution led by Correísmo, Óscar Ayerve, representative of the Association of Victims of 30-S , described the events after September 30, 2010.

The organization has followed up in the jurisdictional system to 187 cases, which determined that the judges sentence in pre-freedom, freedom and innocence for the people who suffered persecution during this time.

Ayerve summarized that day as the origin of a great historical farce that was translated into a “procedural farce” because there was never an attempted coup, “even worse an assassination attempt as President Correa tried to make us believe,” he said.

The president of the organization assured that he has remained vigilant to prevent injustices from being committed against the people who suffered persecution for this fact.

To support his work, the president of the organization recalled the case of the 12-year prison sentence against six policemen. He reiterated that they were offered a pardon in exchange for signing a document accepting the assassination attempt, apologizing to Correa and certifying that the mastermind behind the coup was former President Lucio Gutiérrez .

However, he said, they rejected the proposal. For that reason, that same day they went to jail to serve their sentence.

Six years later, they were released from jail, after the legal support of the Association. The case is under extraordinary appeal for review.

“Time has been in charge of showing that the persecutions against innocents were a farce arranged by an imposition regime,” Ayerve said. (I)