The allegations of corruption begin to point to Correa 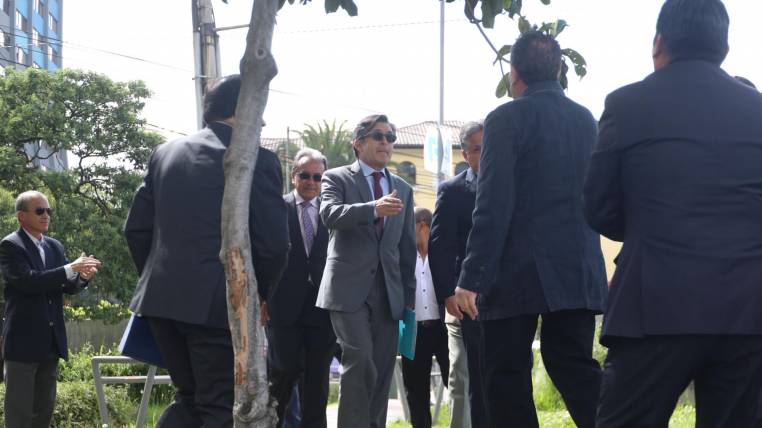 The Presidency of the Republic provided the ‘proof’ that was missing from the Comptroller’s Office to request the connection of former President Rafael Correa in the investigation into the negotiation of the Singue oil block in 2012, which would have reported losses for the State.

As in all previous allegations of corruption, the former president assures that he knew nothing. The control entity had suspicions about the level of access that Correa had to the terms of the negotiation. He lacked the documents to prove it.

The Office of the Comptroller assures that in the negotiation to pass from the contract of Campos Marginals to service provision with the DCG consortium (Dygoil and Gente Oil companies) there was a detriment to the State of $ 5.2 million. For this case, established civil and criminal liabilities, for example, against the former vice president, Jorge Glas.

Correa had benefited, until now, from another case of “lost documents”.

The comptroller’s auditors knew that Dygoil had informed the former president of the negotiation: they had a simple copy of the official letter. The Ministry of Hydrocarbons told them that “it does not have it in its archives”. The company said that “we have not been able to verify the veracity of the text (…) because the original copy that rested in the files of Dygoil has been stolen, a very usual practice today.”

Thus, the Comptroller came to the presidency. On January 30, Pablo Celi, surrogate controller, asked President Lenin Moreno to certify the authenticity of office 018-DYG-2011-YG, dated January 26, 2011, sent to Correa. On February 2, Johanna Vásquez, Director of Document Management, responded by sending a certified copy of the letter “whose original documents are in the archives of the Presidency of the Republic.”

In the letter, César Guerra, representative of the oil company, tells Correa that during the negotiation for the Singue field they had agreed to an operating rate of $ 29.3 per barrel produced.

According to him, it was a quantity “not exorbitant and that carries the concept of justice and equity.” But he also said that the ministry asked for an additional guarantee of 20% of the investments to sign the contract.

I asked him to reconsider this last decision. The Comptroller’s Office draws attention to two things. The first, if in the negotiation a rate of $ 29.3 was agreed, why was the contract signed for $ 33.5? The second, that Correa knew about the facts. Therefore, on March 1, Celi asked the Prosecutor’s Office to incorporate the former president as part of the investigation.

If he did not say it before, he insists, it’s because he lacked the evidence.

The case of the Singue oil block is one of the nine audited by the Comptroller’s Office regarding works and projects of the previous Government, which ended in the issuance of glosses. In total, for those events the control entity seeks to recover about 490 million dollars.

“The final report of Singue was approved on August 1, 2017. How is it that one year later the Comptroller’s office continues to” investigate?” They feel impunity, that they no longer keep the forms. Even opponents have shown that the “report” is a “cantinflada”, “said Rafael Correa yesterday. (I)